Netanyahu Says Allies Could Have Saved 4 Million Jews From Holocaust 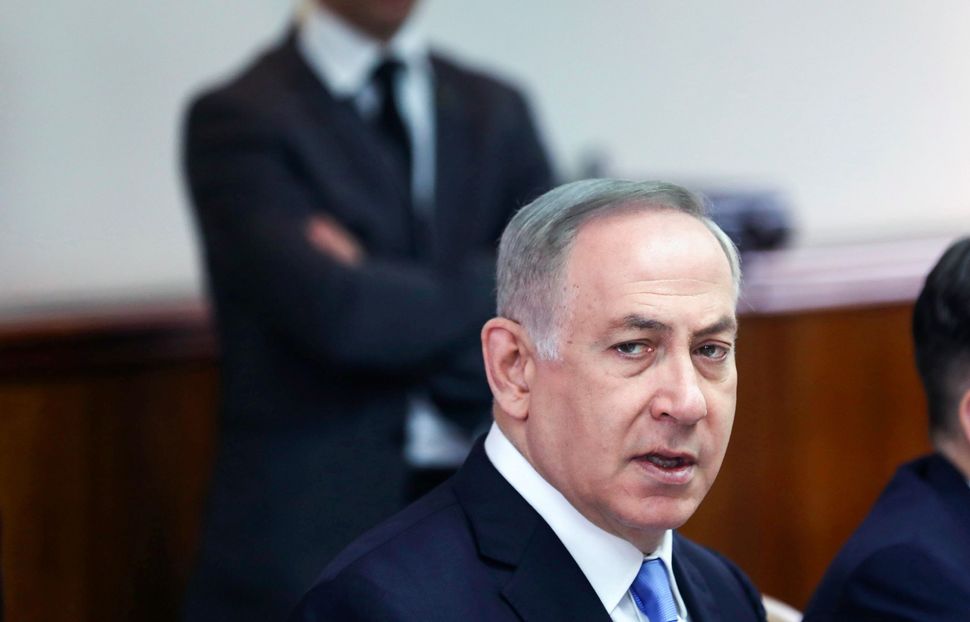 JERUSALEM (JTA) — Israel opened its Holocaust Remembrance Day with a ceremony during which six Israeli Holocaust survivors lit torches in memory of the six million Jews who died in the Shoah 70 years ago.

The ceremony was held on Sunday night at the Yad Vashem Holocaust memorial and museum in Jerusalem.

Israeli Prime Minister Benjamin Netanyahu in his address cited newly released documents from the United Nations showing that the Allies were aware of the Nazis’ systematic extermination of the Jews at least two years earlier than previously known, and that if they had acted on that information at the time could have saved some 4 million of the Jewish Holocaust victims.

“When terrible crimes were being committed against the Jews, when our brothers and sisters were being sent to the furnaces, the powers knew and they did not act,” he said.

He also invoked Syria, calling U.S. President Donald Trump’s decision to bomb Syrian targets in response to a chemical attack on civilians as a “point of light.”

President Reuven Rivlin opened the ceremony by saying that the Holocaust cannot be universalized but it also can not be the only lens through which we view the rest of the world.

Netanyahu Says Allies Could Have Saved 4 Million Jews From Holocaust