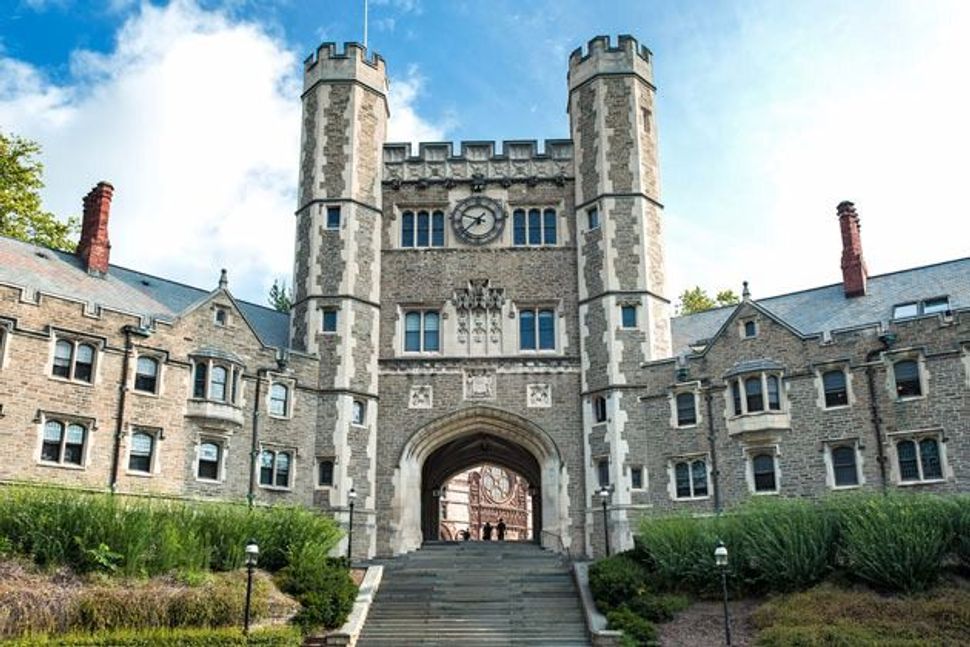 (JTA) — Fliers with anti-Semitic, racist and anti-immigrant messages were posted on the campus of Princeton University.

The fliers were discovered in at least four areas of the campus on Thursday, the Daily Princetonian student newspaper reported, including on the main entrance of the campus Center for Jewish Life.

The person posting the fliers was wearing dark clothing and a ski mask, the Daily Princetonian reported.

The fliers were from a white nationalist organization called Vanguard America.

Among the charges made on the flier: “Jews are 10% of Princeton’s students, an overrepresentation of 500%,” and 80 percent of the first Soviet government was Jewish.”

The fliers were removed after a complaint was called in to the university.