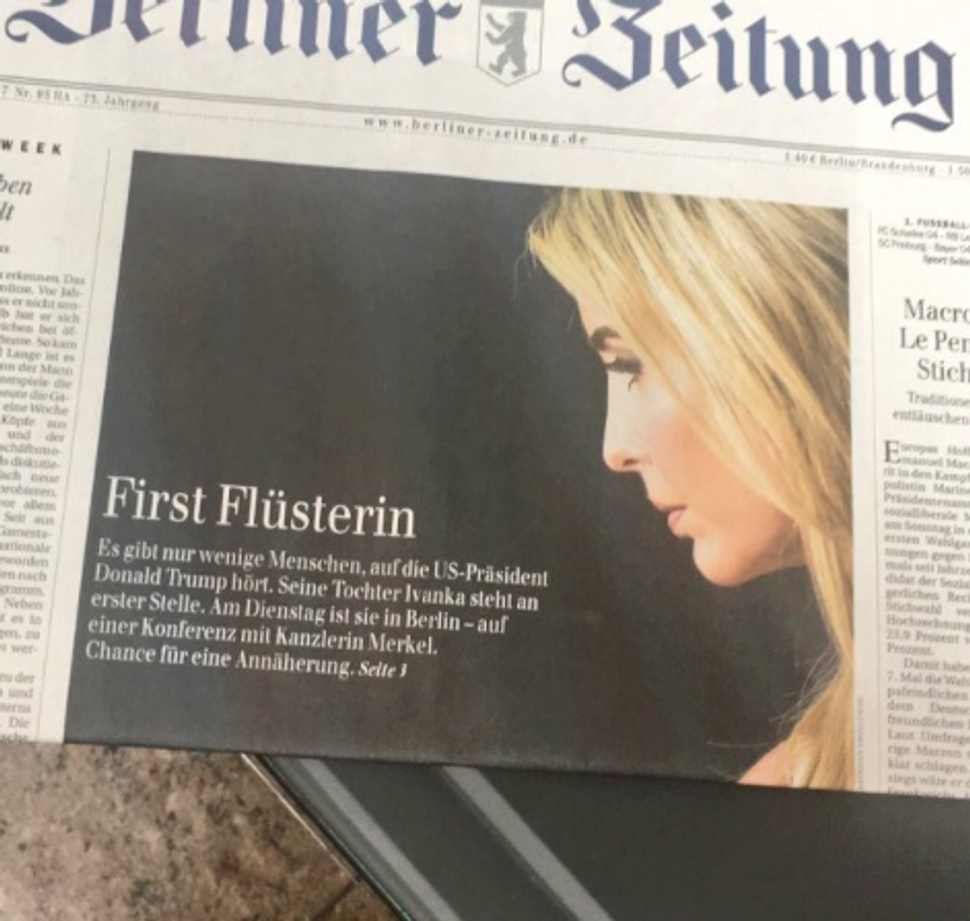 Ivanka Trump has earned a new moniker from a German newspaper: the first whisperer.

The epithet from the Berliner Zeitung reflects anxieties about whether Ivanks Trump and husband Jared Kushner will have a role in pushing the Trump White House to the center.

“Is she going to bring her father on a moderate course, as some hope? Or will she be a loyal accomplice?” the text below the headline reads. It goes onto a long-form treatment of the first daughter.

Trump and Kushner have cut a moderate figure, presenting themselves as socially liberal and concerned about issues like paid family leave and climate change.

But the two have remained aloof and non-committal about how they will influence the White House.