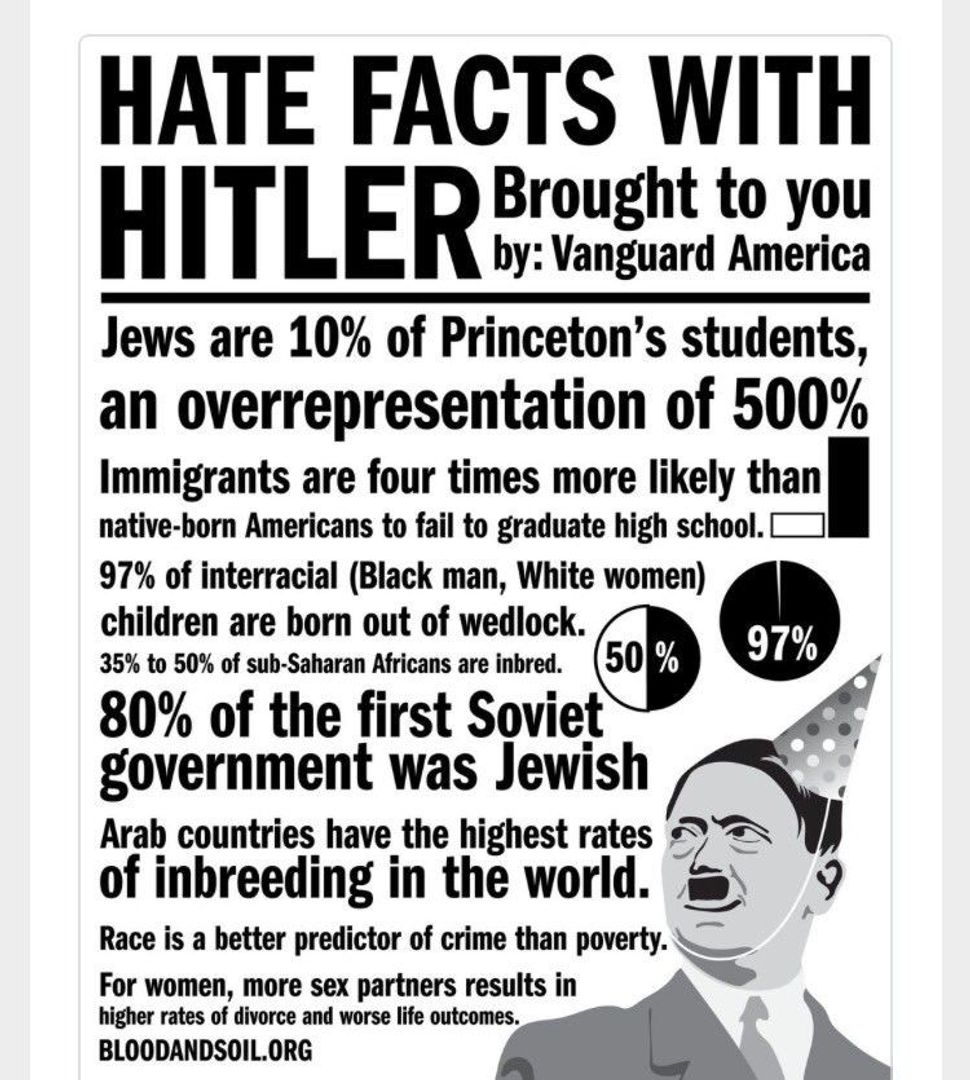 A white nationalist group is littering Princeton University with anti-Semitic fliers promoting “hate facts” about Jews decorated with an illustration of Hitler.

Jewish journalist Julia Ioffe, who graduated from Princeton, tweeted an image of one of the posters, distributed by the group called Vanguard America.

Someone’s hanging these around my alma mater. pic.twitter.com/L7cf4B1bTu

Vanguard America is one of a number of white nationalist or supremacist groups that have been ramping up outreach to college students. Earlier this year, the group launched what they called their “Northern Propaganda Campaign” on campuses across the country.

“Our America is to be a nation exclusively for the White American peoples who … forged the most powerful nation to ever have existed,” the group writes in a manifesto on their website. Their whites-only nation would be “free from the influence of international corporations, led by a rootless group of international Jews.”