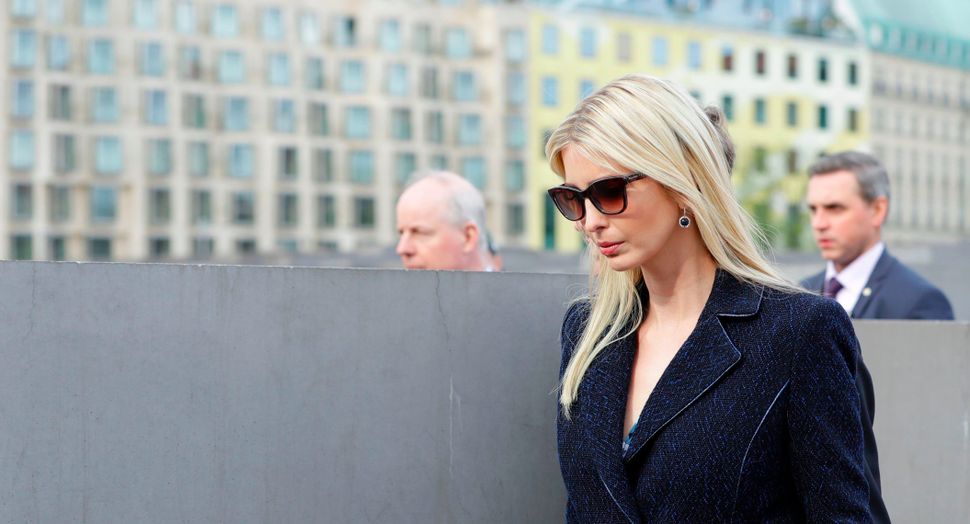 (JTA) — Ivanka Trump visited a Holocaust memorial in Berlin, hours after she was booed at the G20 women’s summit in the German capital for defending her father’s record on advocacy for women’s rights.

Trump visited the Memorial to the Murdered Jews in Europe late on Tuesday afternoon, walking through the concrete slabs or “stelae” with U.S. Embassy personnel and security guards.

Her visit to the memorial came a day after she released a statement in recognition of Yom Hashoah, or Holocaust Remembrance Day.

Today, we honor the six million Jews whose lives were taken during the Holocaust and pledge #NeverAgain pic.twitter.com/4BK0IcxSs3

“I want my children to live in a world where every country and its leaders pledge to ensure a genocide like the Holocaust will never happen again. I want them to grow up in a world where people are tolerant, inclusive and loving toward one another,” she said in her statement.