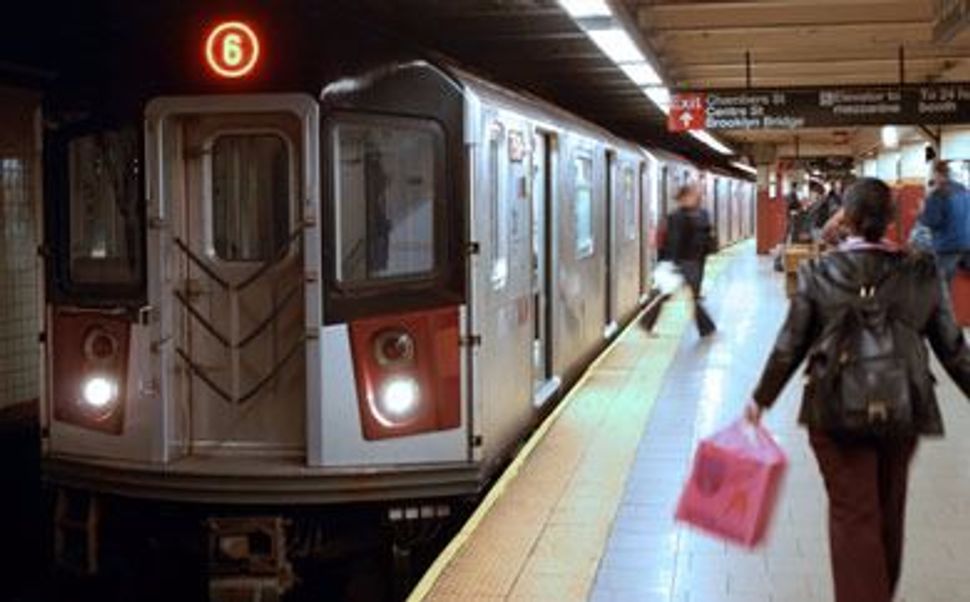 Some 22 of 31 hate crimes that took place on the subway this year targeted Jews, the New York Police Department’s Transit Bureau said Tuesday in a report to the Metropolitan Transit Authority, the New York Daily News reported.

Last year there were a total of seven hate incidents in the same time period, according to the report.

The anti-Semitic graffiti included swastikas and threats to kill Jews, according to the report.

In one of the incidents, in early February, commuters used hand sanitizer to clean away swastikas and other anti-Semitic graffiti drawn in permanent marker on the train’s maps, advertisements and windows. The incident and photos of the cleanup went viral on social media.

Jared Nied, 37,  who said those words and led the clean-up effort, received  the Anti-Defamation League’s Stand Up New Yorker Award, which recognizes city residents for taking immediate action to help those being singled out for bigotry, or initiating efforts to denounce hate.