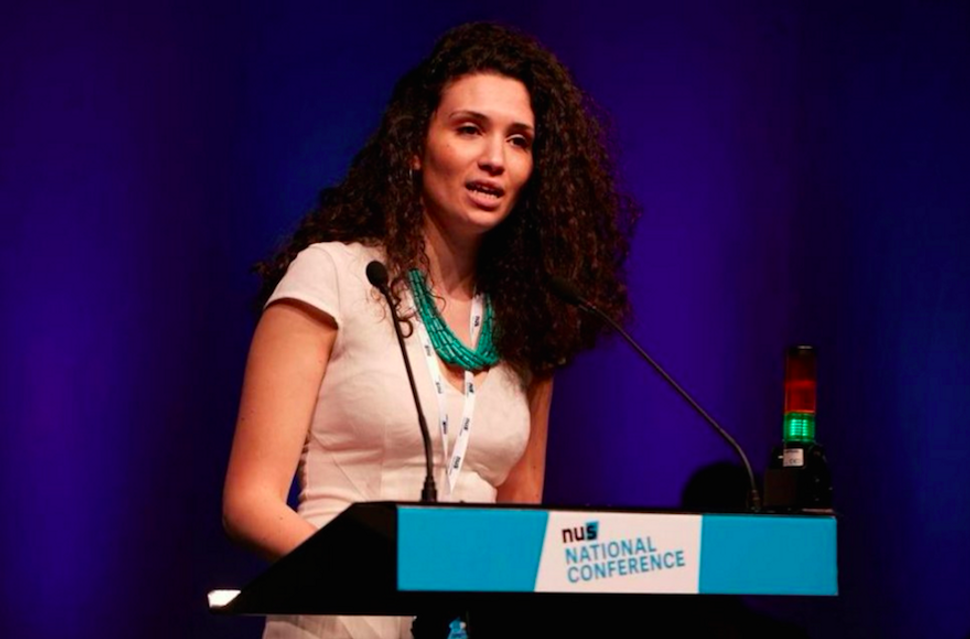 The president of the United Kingdom’s National Union of Students, who was accused by Jewish student groups of anti-Semitism, suffered a shocking defeat in her reelection bid at the hands of a candidate promising to depoliticize the organization.

Malia Bouattia received 38% of the vote, losing to Shakira Martin, the organization’s Vice President for Welfare. Bouattia had been accused of anti-Semitism for her past remarks condemning the influence of the “Zionist-led media” and for referring to a university Jewish society as a “Zionist outpost.”

The election results “demonstrates a rejection of the divisive rhetoric used by the current President, Malia Bouattia, whose past antisemitic comments have remained problematic for Jewish students for over a year,” a spokesperson for the Union of Jewish Students said in a statement.

“Following Shakira’s recent work with UJS, which included a trip to Poland ahead of Holocaust Memorial Day this year, we look forward to seeing her continue to prioritise the interests and welfare of Jewish students among all students as NUS national president. We wish her the very best in her new role.”