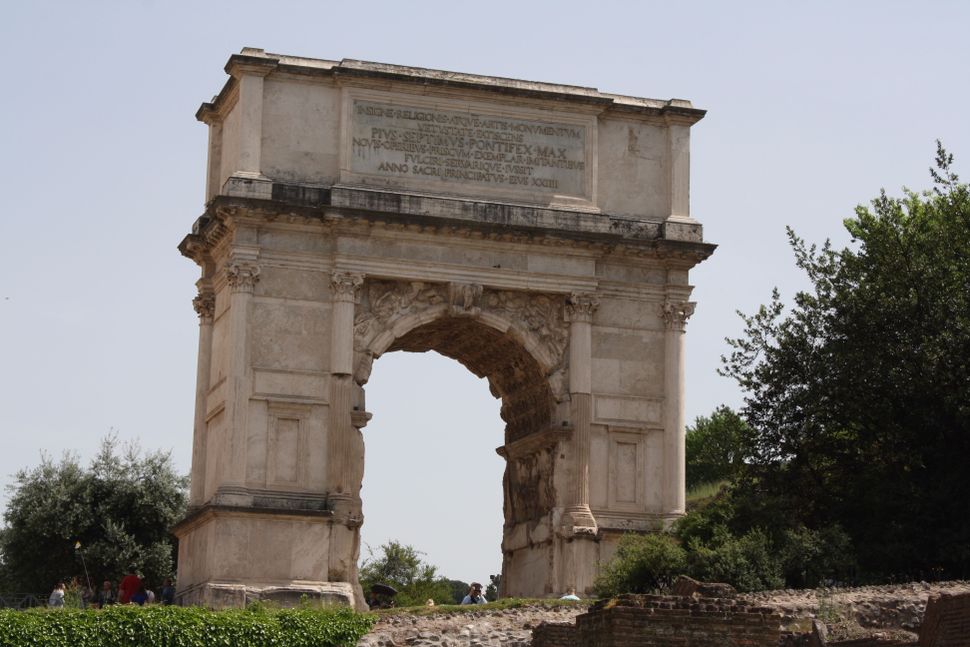 Walking around the ruins of ancient Rome, one gets the sense it was a drab place filled with bland white stone.

But using state-of-the-art technology, archaeologists Steven Fine, Donald Sanders and Peter Schertz have produced a rendering of what the infamous Arch of Titus – a monument to Rome’s 70 A.D. victory over the Jews – looked like in its own time.

“Viewing the colored panel, one can imagine the vibrancy of the triumphal parade that had taken place a decade before the arch was built,” Fine, a cultural historian at Yeshiva University, told the Religious News Service.

He continued: “Scholars of our generation, reared on the transition from black-and-white to color television, have rediscovered the true colors of the ancient world.”

The team used a physics method called spectrometry to discover traces of the paints and colorings used on the arch in its original state, and then went from there to generate their model, on display online.

The Arch of Titus commemorates the destruction of the ancient Second Temple and the end of Jewish autonomy in the land of Israel.