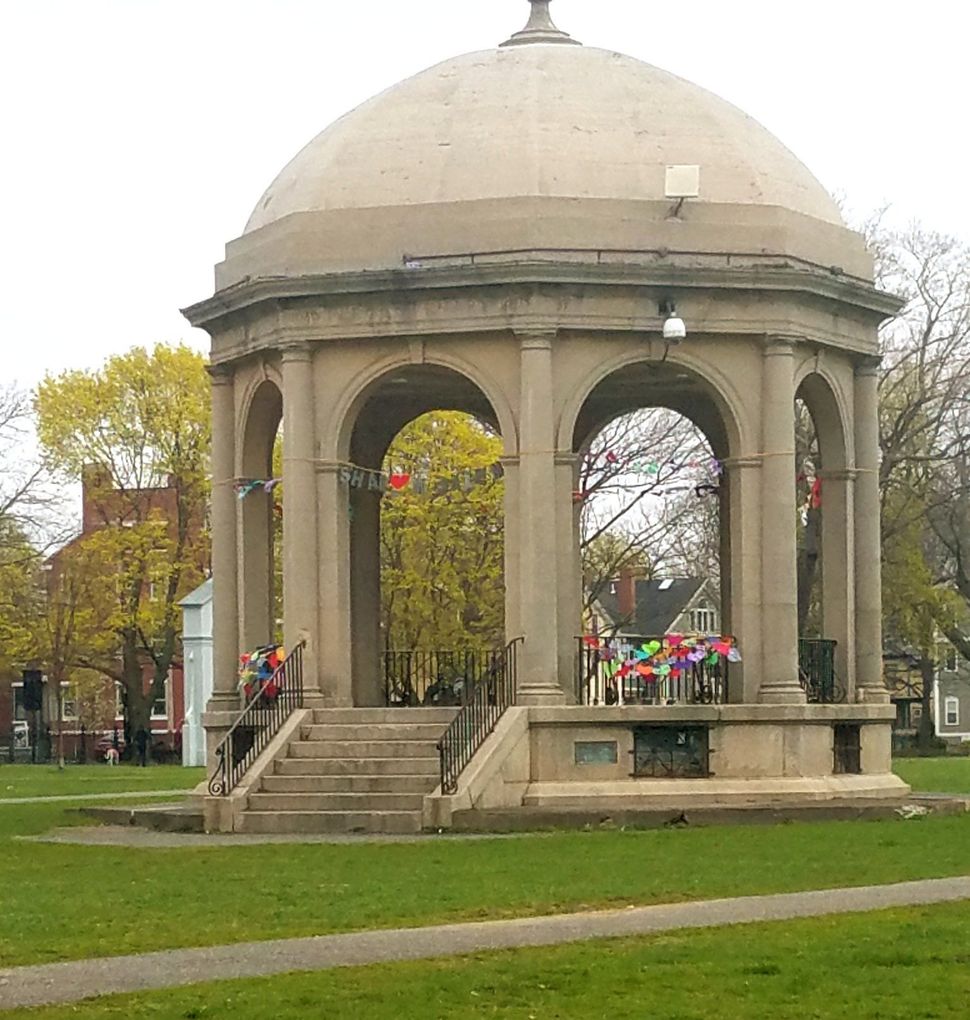 This is no witchcraft: residents of Salem, Massachusetts discovered colorful decorations in their town’s iconic bandstand, one day after the monument was vandalized with a blue swastika.

The offensive graffiti, sprayed painted last week by two teenagers caught on security cameras, has since been removed.

One of the signs hung in the bandstand reads “Shalom Salem.”

“In Salem, we strive to be a welcoming and inclusive city and in the wake of this incident we will continue our work with our community partners like Salem’s No Place for Hate Committee, the ADL, and others to continually educate, advocate and work toward that goal,” said Salem Mayor Kim Driscoll in a statement.

The town, which is now a Boston suburb, gained infamy for trials of suspected witches in the colonial era.