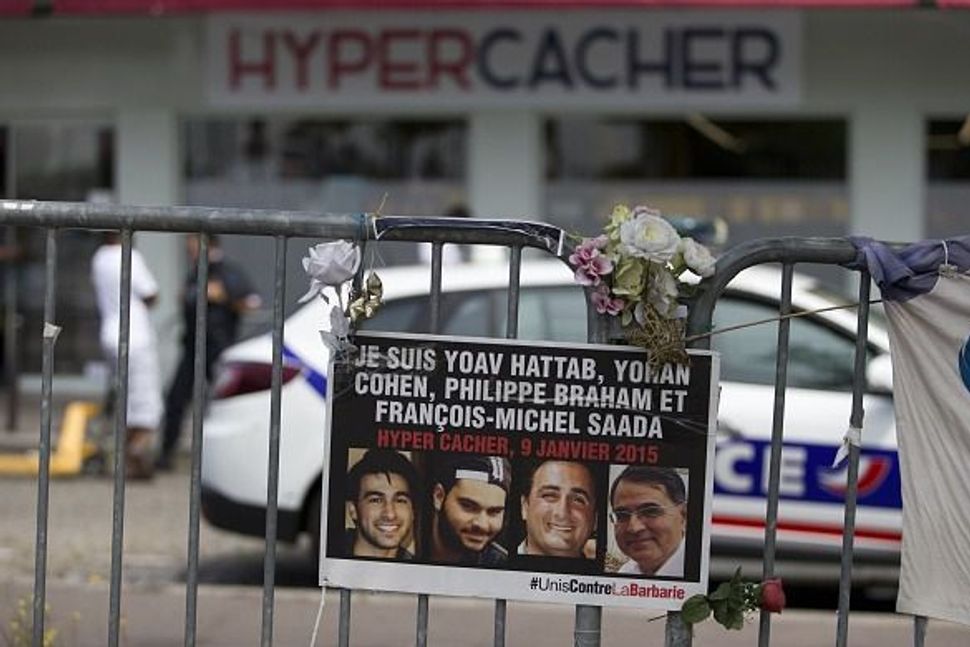 (JTA) — French police have detained 10 people in the investigation of the deadly 2015 attack on a Jewish supermarket in Paris, sources close to the probe told Agence France Presse on Wednesday.

The suspects include a suspected arms trafficker, Claude Hermant.

Investigators are seeking to ascertain how the assailant, France-based jihadist Amedy Coulibaly, obtained the weapons used in the January 9, 2015, attack on the Hyper Cacher market. Coulibaly was killed by police after murdering four in a hostage siege that began on the same day that jihadists killed 12 at the offices of the satirical magazine Charlie Hebdo.

Prosecutors say Hermant, who is awaiting trial in a separate arms trafficking case, has links with far-right groups in northern France.