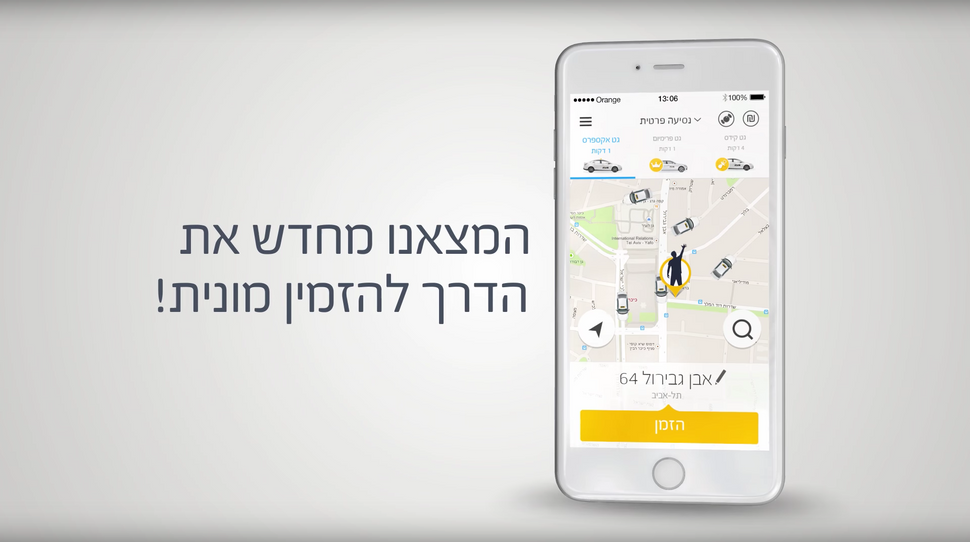 A promotional image for the Israeli ride-hailing app Gett, which hopes to compete with Uber and Lyft. Image by YouTube

(REUTERS) — Israeli-founded ride service Gett has bought U.S. rival Juno for $200 million in a deal that further consolidated the ride-hailing industry and that some said short-changed Juno drivers.

Gett, an on-demand ride service that is a partner of automaker Volkswagen, said on Wednesday it had bought New York-based startup Juno. The transaction grows Gett’s driver roster and geographical footprint, and better positions it to compete with bigger companies such as Lyft and Uber.

Gett will acquire all of Juno’s existing business, including drivers and employees. Juno operates only in New York, while Gett is in more than 100 cities, mainly in the United Kingdom, Russia and Israel. Gett drivers and Juno drivers will in the short term drive on separate platforms with separate brands but will eventually be combined into a single platform, a Gett spokeswoman said.

Juno had positioned itself as a more driver-friendly alternative to Uber, offering its operators stock options in the company when they signed on. But with the acquisition, those restricted stock units will become nearly worthless.

Ryan Price, executive director of the Independent Drivers Guild, which advocates for Juno operators, said in an email that the company was “leaving the drivers who helped build the company with next to nothing.”