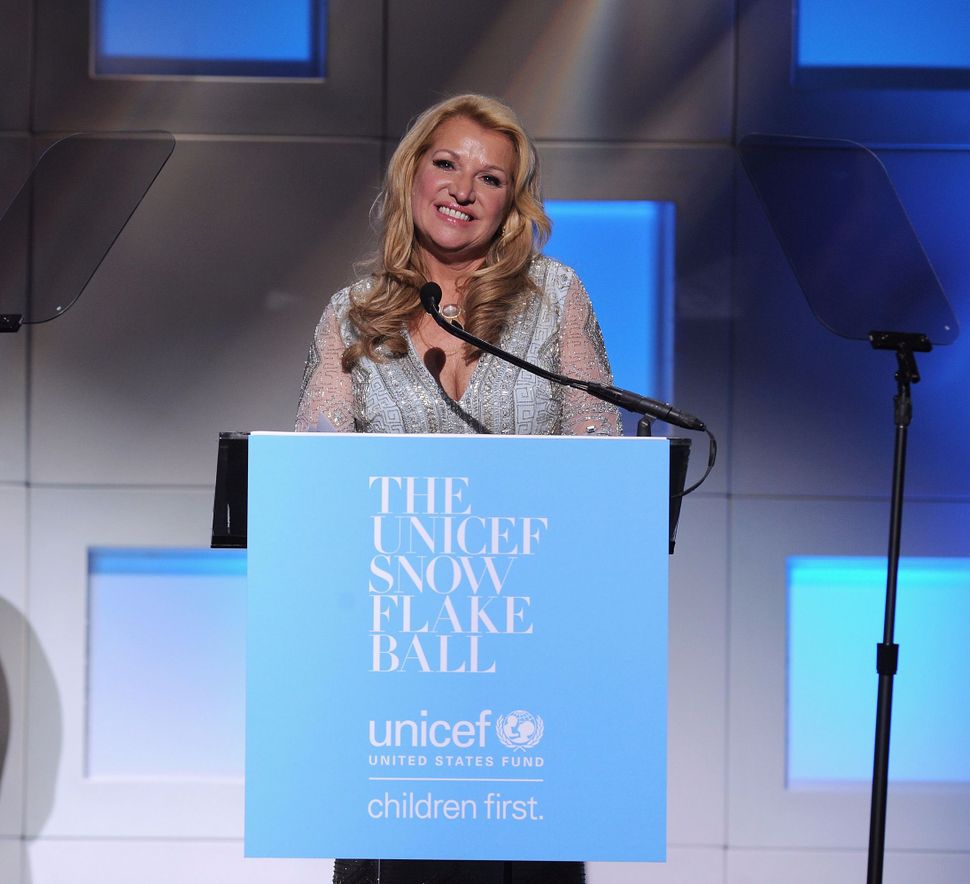 Mindy Grossman, seen here in 2015, was named CEO of Weight Watchers in April 2017. Image by Getty

Grossman, who has led HSN (formerly known as the Home Shopping Network) since 2008, will also join Weight Watchers’ board, the company said in a statement.

Grossman was named Fortune’s Business Person of the Year in 2014 and has been named one of the world’s 100 most powerful women three times by Forbes magazine, Weight Watchers said.

She has more than 38 years of experience in the consumer industry, including in executive roles at Nike Inc., Polo Jeans Company and Polo Ralph Lauren Corp.

“Mindy is proven as a successful visionary and entrepreneurial force in business and I look forward to working with her,” said media mogul Oprah Winfrey, who owns a 10 percent stake in Weight Watchers.

The company said in September last year that the former talk show queen would help it pick a new CEO following James Chambers’ resignation after three years on the job.