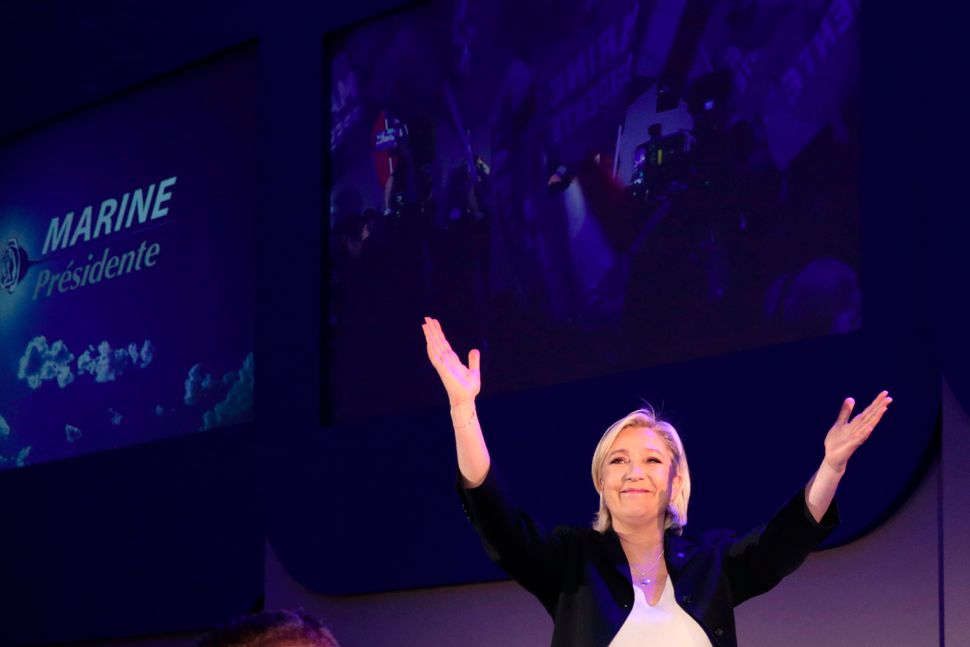 (JTA) – The man who has replaced Marine Le Pen at the helm of France’s far-right National Front claimed in 2000 that the poison used by Nazis to kill Jews in the Holocaust could not have been applied in reality.

Jean-François Jalkh, who took Le Pen’s place this week so that she can focus on her presidential campaign ahead of the run-off vote on May 7, made the remark about the Zyklon B poison in an interview, in which he advocated a distinction between “serious” Holocaust deniers and ones who deny the Holocaust or aspects of it as a provocation.

“Personally, I think that it is impossible from a technical point of view to use for mass extermination,” he said of the use of Zyklon B in gas chambers. “Why? Because it takes several days for a place where Zyklon B was used to be de-contaminated.”

The interview was found by Laurent de Boissieu, a journalist for the La Croix Christian daily, while researching Jalkh – a relatively unknown figure within the National Front.

Claims based on bogus science and chemistry especially is an old tactic of Holocaust deniers, especially David Irving of the United Kingdom. According to the Yad Vashem Holocaust Museum in Jerusalem, “Zyklon B was delivered to the camps in crystal pellet form. As soon as the pellets were exposed to air they turned into poisonous gas. A Nazi equipped with a gas mask would empty the crystals into the packed gas chamber through a small opening. Within minutes, the victims were dead.”