What Was Jesse Watters Saying About Ivanka And A Microphone? 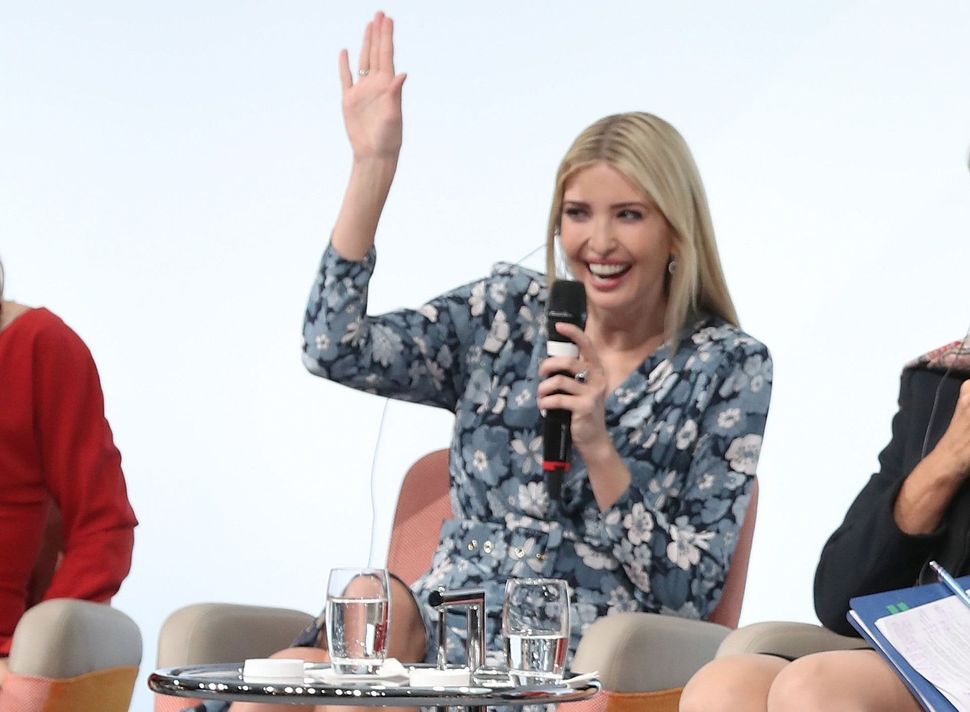 Jesse Watters is taking a time-out after making an ill-advised sexual innuendo about Ivanka Trump, in what is an unhappy coincidence for his network, still reeling from the fallout of the Bill O’Reilly harassment scandal.

“I don’t really get what’s going on here, but I really liked how she was speaking into that microphone,” Watters said Tuesday, gesturing with his hands in what many saw as a reference to oral sex. He was discussing Trump’s visit to Germany on Fox show “The Five.”

He has denied that he was making a sexual reference, but announced on the air Wednesday that he would be taking a vacation until Monday. That’s a peculiar development, given that it’s his first week as a primetime host – “The Five,” on which he’s a co-host, got moved to 9 p.m. due to Fox’s post-O’Reilly lineup change.

He said he would be taking a family vacation and claimed there was nothing amiss. “I’ll be back on Monday, so don’t miss me too much,” he said.

Watters, a former O’Reilly producer, has gotten into trouble before, most notably for a comic video he made about Chinatown, which was widely denounced as caricatural and racist.

What Was Jesse Watters Saying About Ivanka And A Microphone?