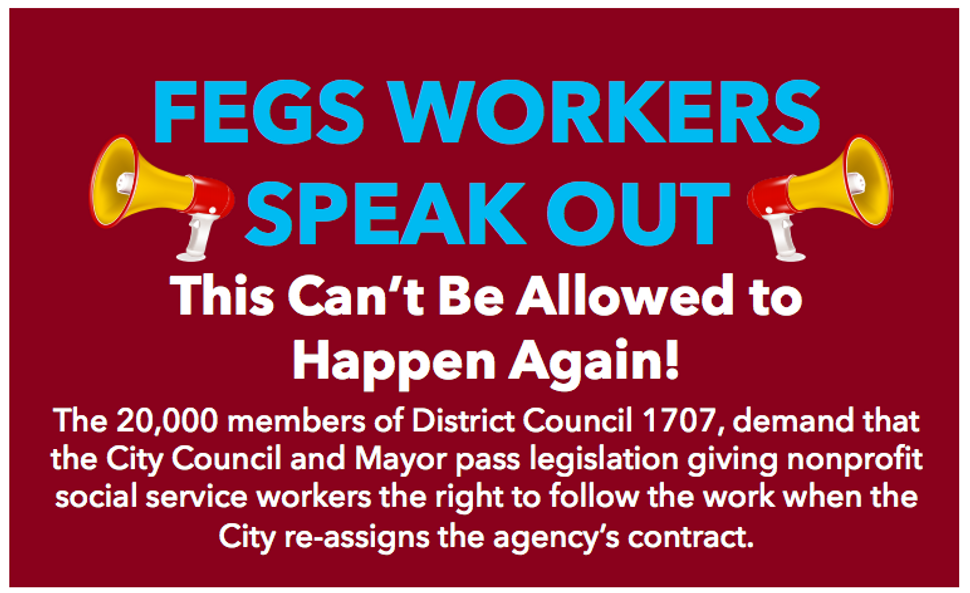 When the Jewish social service agency FEGS went bankrupt and shut down in 2015, an employee named Alexander expected to get a new job with the organization that was taking on much of FEGS’s programming.

Alexander had ten years’ experience. He didn’t even get an interview.

“I have been out of work for months,” Alexander said in a new white paper put out by DC 1707, the union that represented 1,400 FEGS employees. “I have four young children to feed. Even with unemployment benefits things have been difficult.”

The white paper includes stories from dozens of jilted FEGS staffers, many of them still jobless and suffering years after the collapse of FEGS. DC 1707 is calling on the New York City Council to pass new worker protections for staffers like them, demanding that when the city government moves a program from one provider, like FEGS, to another, employees must be allowed to keep their jobs for at least 90 days.

“The company that took over should have transitioned employees automatically, since it was not our fault FEGS claimed bankruptcy,” an employee named Jacqueline is quoted saying in the white paper.