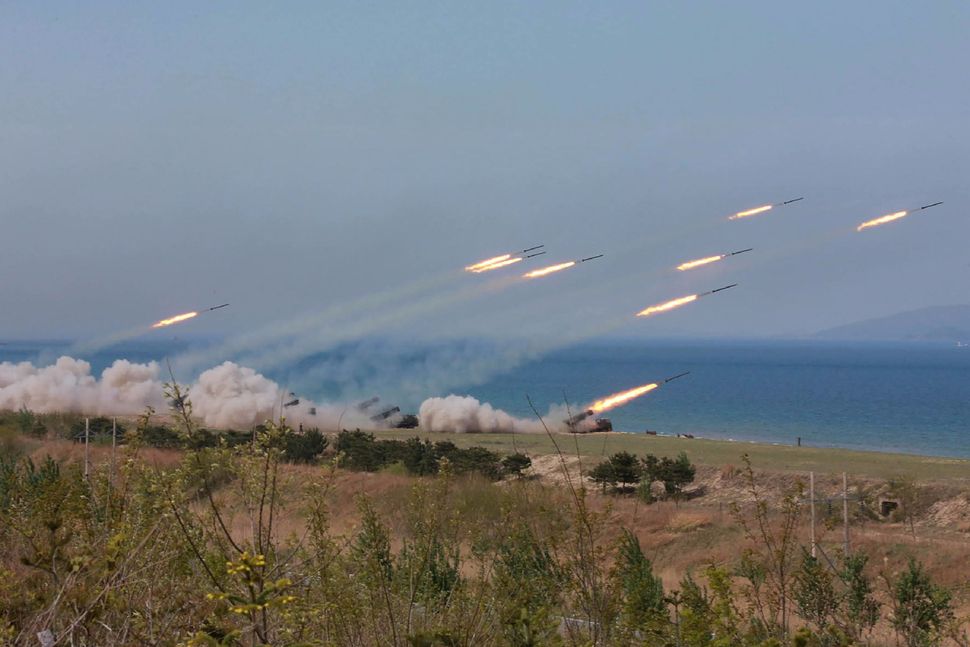 North Korea threatened Israel with “merciless, thousand-fold punishment” and labeled it the only “illegal possessor” of nuclear weapons in the Middle East.

The country’s Foreign Ministry in Pyongyang issued a statement blasting Israel on Saturday, after Israeli Defense Minister Avigdor Liberman in an interview with the Hebrew-language news website Walla! called North Korean leader Kim Jong-un a “madman” who is in charge of a “crazy and radical group” which is “undermining global stability.”

Liberman also said that Pyongyang “seems to have crossed the red line with its recent nuclear tests,” according to Walla.

North Korea could be ready to conduct its sixth nuclear test, according to reports.

In its statement slamming Israel, North Korea called Israel the “only illegal possessor of nukes in the Middle East, under the patronage of the U.S.”

“The reckless remarks of the Israeli defense minister are sordid and wicked behavior and a grave challenge to the DPRK (the Democratic People’s Republic of Korea, or North Korea),” the North Korean Foreign Ministry’s statement read.

“This is the cynical ploy to escape the world denunciation and curse as disturber of peace in the Middle East, occupier of the Arab territories and culprit of crimes against humanity,” the statement said.