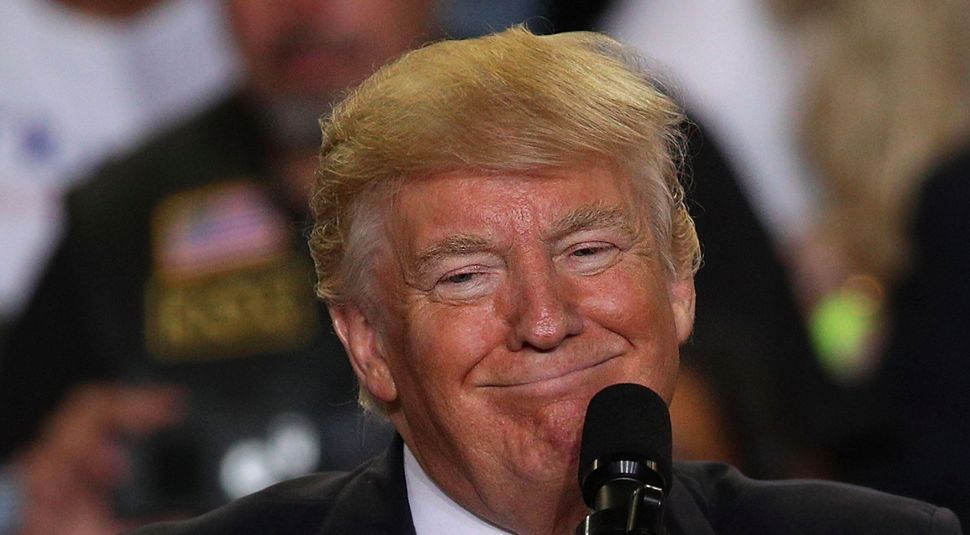 “During Jewish American Heritage Month, we celebrate our nation’s strong American Jewish heritage, rooted in the ancient faith and traditions of the Jewish people. The small band of Dutch Jews who first immigrated in 1654, seeking refuge and religious liberty, brought with them their families, their religion, and their cherished customs, which they have passed on from generation to generation,” read the proclamation issued by the White House late on Friday.

“The moral and ethical code of the Jewish people is inspired by their spiritual vocation of ‘tikkun olam’ ‑‑ the charge to repair the world. Through that vocation, the Jewish people have left an indelible mark on American culture,” the proclamation continued.

The statement used the Yiddish term “Di Goldene Medina,” or the Golden Country, to describe how Jews looked to the United States to escape religious persecution and seek economic opportunity.

The statement specifically mentioned Trump’s daughter, Ivanka, and her husband Jared Kushner, who both serve as advisors in the White House. Ivanka Trump converted to Judaism before marrying Kushner in 2008.