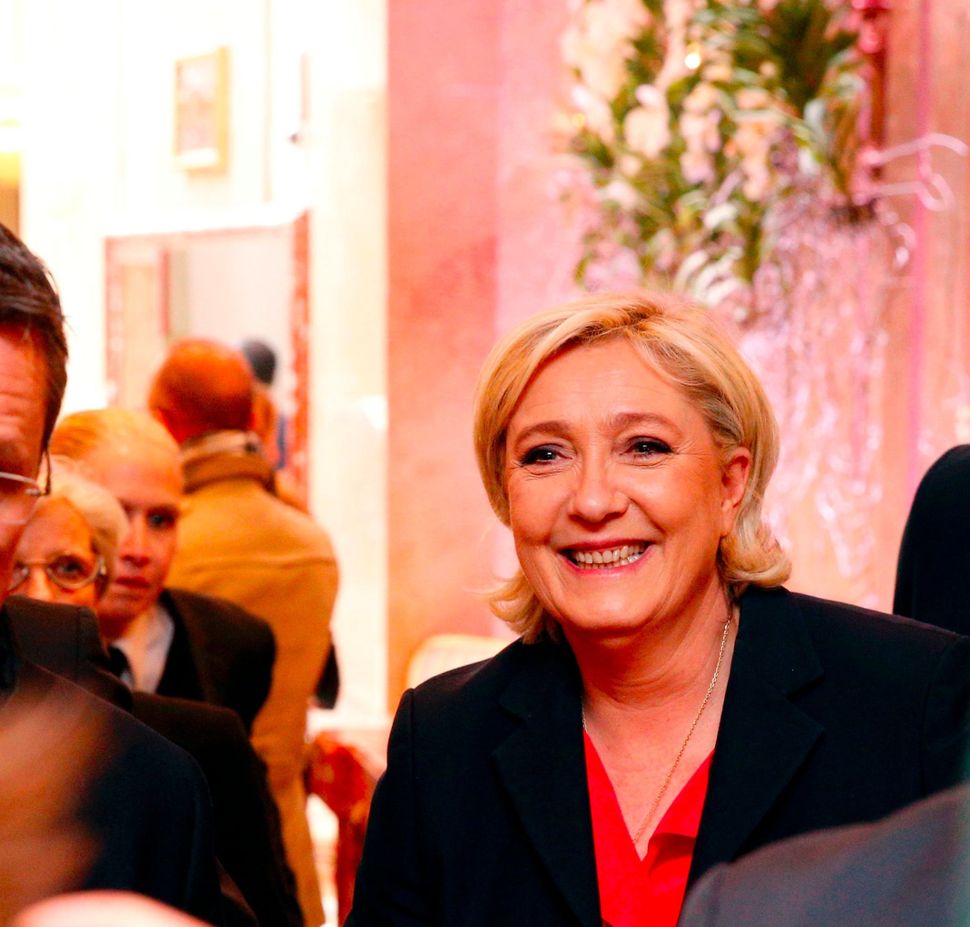 Marine Le Pen, the far-right candidate in the French presidential elections, visited a Holocaust memorial in Marseille days after news that her choice for interim party head had denied aspects of the Holocaust.

Le Pen on Sunday laid a wreath at a memorial in Marseille to French victims of the Holocaust. The memorial was erected in memory of 30 Jewish women and children who were rounded up by the Gestapo in 1943.

The French government in 1954 dedicated the last Sunday in April as “National Day of Remembrance of the Victims and Heroes of Deportation.”

There was no media present at Le Pen’s wreath-laying. A campaign worker later tweeted a picture of the ceremony.

Earlier this month, Le Pen came under fire for saying that her country is not responsible for the deportation of thousands of Jews to death camps in 1942.

Jean-François Jalkh, who took Marine Le Pen’s place at the helm of the National Front Party last week, was replaced on Friday, two days after his appointment, a day after an interview from 2000 with the Le Monde daily newspaper surfaced in which he was quoted as questioning the use of the Zyklon B poison by Nazis during the Holocaust to kill Jews.