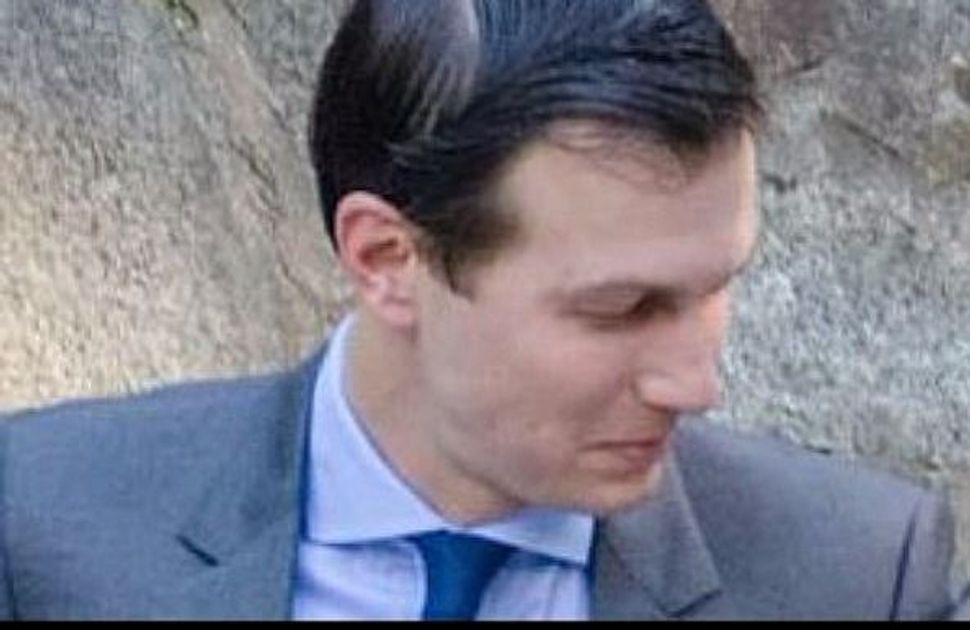 It pretty much goes without saying that Jared Kushner has drunk the Donald Trump Kool-Aid bigtime.

He dumped his real estate empire for a front row seat at the White House, where he’s taken on a million undoable jobs and has relished power feuds with uber right winger Steve Bannon.

But has the First Son-In-Law taken his adulation of the president so far as to mimic Trump’s very un-admirable hairstyle?

So reports the style mavens at GQ.

The magazine says some folks in the Twittersphere have documented that Jared is now combing his hair forward before sweeping it back a la the Donald.

I think we’re in big trouble now. For some reason, Jared Kushner has started styling his hair like Donald Trump.? pic.twitter.com/mvHoPGN9ps

Now he wants to look like the Orange Menace?