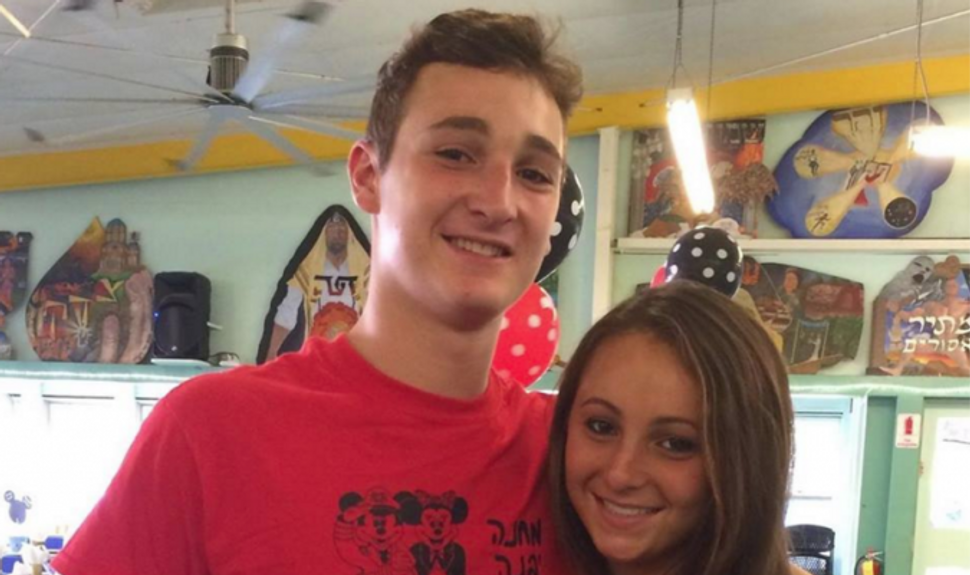 (JTA) — Ezra Schwartz, who was killed by a Palestinian terrorist in Israel in November 2015, was inducted posthumously into the Alpha Epsilon Pi fraternity at Rutgers University.

The induction ceremony was held Sunday night, at the start of Israel’s Memorial Day.

At the Sunday ceremony, Ari Schwartz, the father of Ezra, was inducted as an honorary brother of the Rho Upsilon chapter of the Jewish fraternity.

Ari Schwartz said at the ceremony that unlike others since his son died, the fraternity ceremony “represents who he could have been,” the news website MycentralJersey reported.

“It means a lot,” Ari Schwartz said, according to the news website. “It really does. It seems like the entire world has reached out to us in order to support us through this tragedy. AEPi’s gesture today is another example of that. I very much appreciate the gesture of inducting me into AEPi as well. Now, I have something else I share in common with Ezra.”

Ezra Schwartz, from Sharon, Massachusetts, was on a gap year studying at a yeshiva in Israel when he was slain at a West Bank junction.