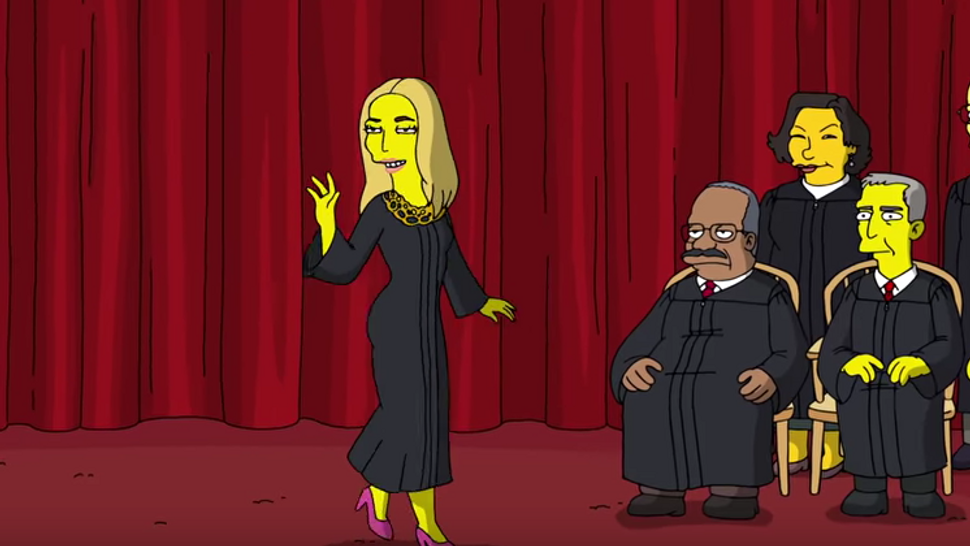 There are a lot of think pieces going around about President Trump’s first 100 days. If you want to skip the hard news and (depending on where you land with this current administration) the heartache, look no further than “The Simpsons.”

Yup, Springfield’s finest created their own version of how Trump’s first milestone number has gone down, which plays something like a comedy horror show. Watch the mini takedown below, which includes such juicy bits as Jared Kushner and Steve Bannon physically attacking each other, Ivanka Trump taking over Ruth Bader Ginsburg’s seat (don’t worry RBG doesn’t go down without a fight), and a real-life creature making itself comfortable on the president’s head.