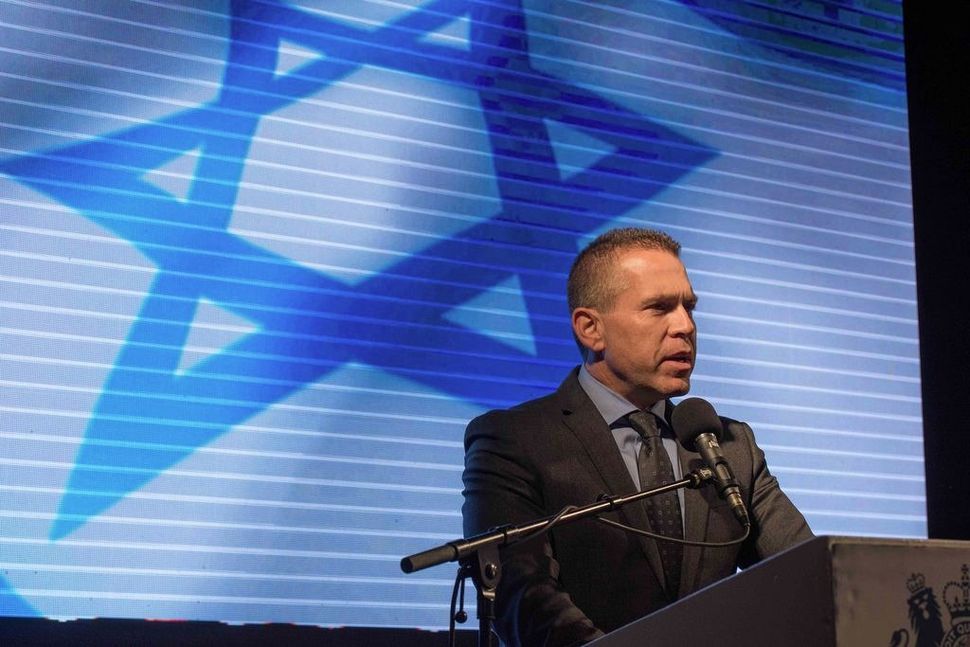 Erdan wrote that Barghouti, who launched a widespread prisoner hunger strike with his own Times op-ed last month, was “casting himself as a ‘moderate.’ (Palestinian groups like to use language calibrated to make their actions more palatable to Westerners: Incarcerated terrorists are called ‘political prisoners,’ and cold-blooded attacks against civilians in restaurants and buses are whitewashed as a “struggle for freedom.’)”

The real reason behind the hunger strike, Erdan charged, is “political jockeying” as Barghouti attempts to position himself as the successor to Palestinian Authority President Mahmoud Abbas.

Barghouti, who is serving five life terms for the terrorist murders of several Israelis, “seems to hope that being chosen to succeed Mr. Abbas will lead to his release from prison,” Erdan wrote.

Israeli officials and U.S. Jewish groups blasted the Times for publishing Barghouti and failing to note that he was in jail for murder. Barghouti originally was identified at the end of his article simply as “a Palestinian leader and parliamentarian.”