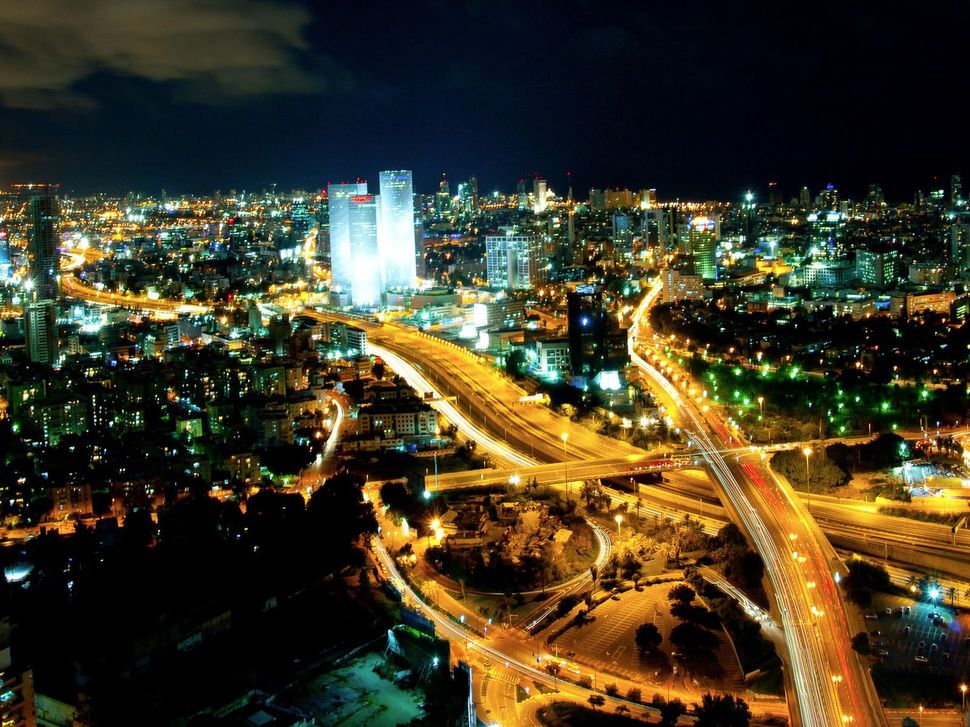 The Tel Aviv skyline at night. Image by wikimedia commons

(JTA) — Arab Israelis are more likely to describe Israel’s “overall situation” as good than their Jewish counterparts, a survey found.

Some 66 percent of Arab Israelis said their country’s situation was “good” or “very good,” according to a survey released Sunday by the Israel Democracy Institute and Tel Aviv University. Only 43.9 percent of Israeli Jews agreed with that statement.

Arabs were also more likely than Jews to assess positively Israel’s performance in different fields and on various issues. In the fields of medicine and health, economic stability, education and science, and on the issues of the state’s attentiveness to the needs of its citizens and reduction of social gaps, a larger percentage of Arab Israelis assessed the country’s achievements as “very” or “moderately good.”

However, Arabs were less likely to show national pride than their Jewish counterparts, with 51.1 percent and 86.1 percent, respectively, saying they are proud of their Israeli identity.