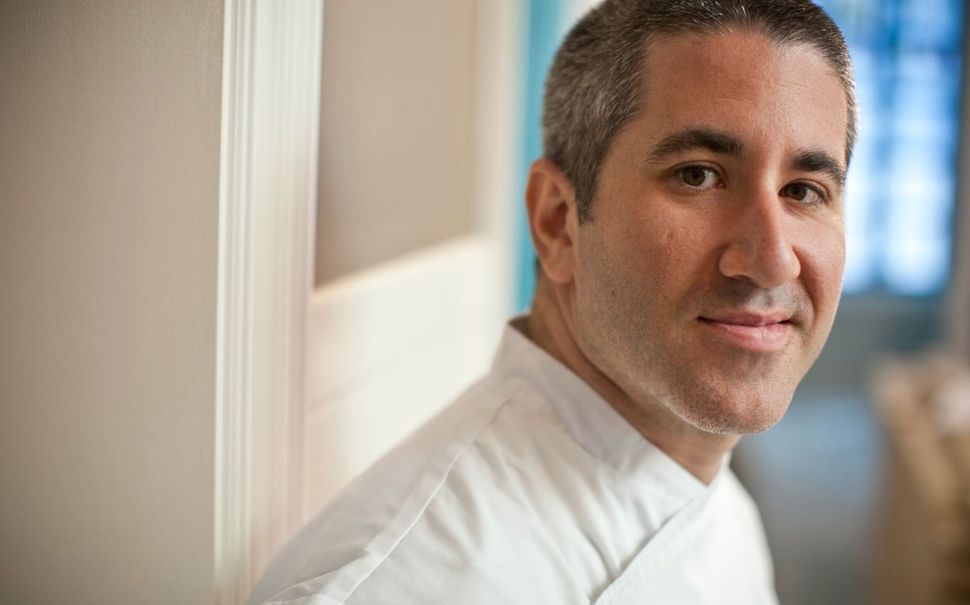 (JTA) — Israeli-born restaurateur Michael Solomonov was named outstanding chef — the top award in the profession — at the 2017 James Beard Foundation Awards, the culinary world’s equivalent of the Academy Awards.

The awards were presented Monday in Chicago.

Solomonov, whose Philadelphia restaurant fiefdom includes Zahav, Federal Donuts and Abe Fisher, is often credited with spreading the popularity of Israeli, Sephardic-style food in America and around the world. He is the author of “Zahav: A World of Israeli Cooking.”

He moved from Israel to Pittsburgh as a child, but returned as a teenager for a short time. His younger brother, David, was killed on Yom Kippur 2003 while serving in the Israeli army.

In a recent documentary, “In Search of Israeli Cuisine,” Solomonov noted that after his brother’s death, he became more interested in cooking foods that reflected his Israeli heritage, moving away from his classical European training. He opened Zahav in 2008 to rave reviews.

“Food can bridge gaps,” he told JTA in an interview about the film. “Especially when the traditional forms of diplomacy are not up to snuff, it’s clear the power food can have … on both sides of the aisle.”