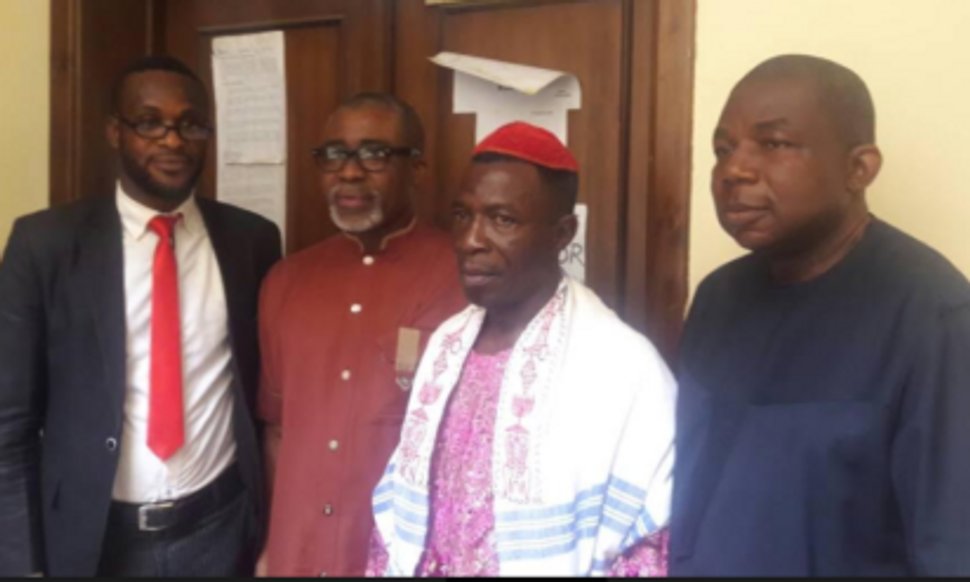 A jailed political leader in Nigeria was released on bail last week — with the help of a man described in local papers as a “Jewish Chief High Priest.”

Nnamdi Kanu, the high profile head of the Indigenous People of Biafra, a group calling for independence of the Igbo people of Nigeria, was formally released at a high court in the city of Abuja last week after years of detention. Also in attendance was a cleric named Immanuel-El Shalom Oka-Ben Madu, who wore a red kippah and a tallit, or Jewish prayer shawl.

Mention of the “Jewish Chief High Priest” who signed for Kanu’s bail made front page news.

“I am here because there was a message across to bail my younger brother,” Madu said, according to the Vanguard newspaper. “I am a Jewish man. I have fulfilled the bail process. By Yahweh’s grace I believe he will be released as soon as possible because nothing is more than our creator in heaven.”

In negotiating his release, a judge asked Kanu which religion he belonged to, as one of the bail conditions would include the appearance of a “highly placed religious leader,” the Vanguard reported.

“I believe in Judaism,” Kanu said.

“So you are a Jew then?” the judge asked. 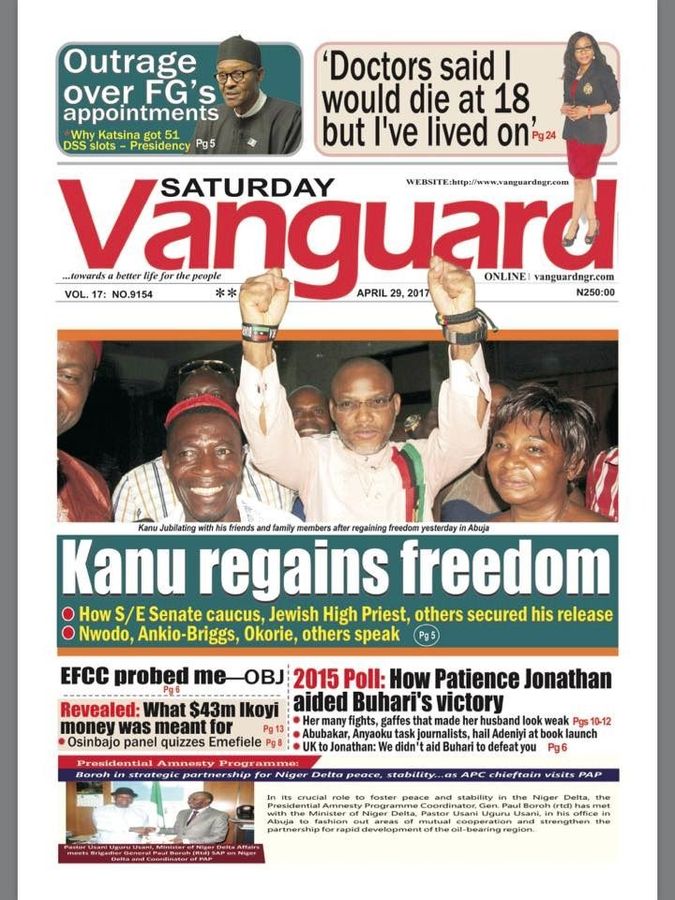 The Vanguard newspaper led an edition with a story about Kanu and how a “Jewish High Priest” helped secure his release.

The IPOB seeks national independence for the Igbo people who number more than 30 million in Nigeria and are one of the country’s largest ethnic groups. The majority are Christian, but among the Igbo there is widely held identification with Israelites, Jews and the modern State of Israel. Some Igbo identify as ethnic descendants of a “lost tribe” of Israel or attend Sabbath-keeping churches, where Judaic or Jewish rituals or garb are incorporated into services.

In recent years American and Israeli religious outreach groups have increased activity in the country, sometimes assisting in conversions to Judaism, though this work still remains very limited considering the total number of Igbo.