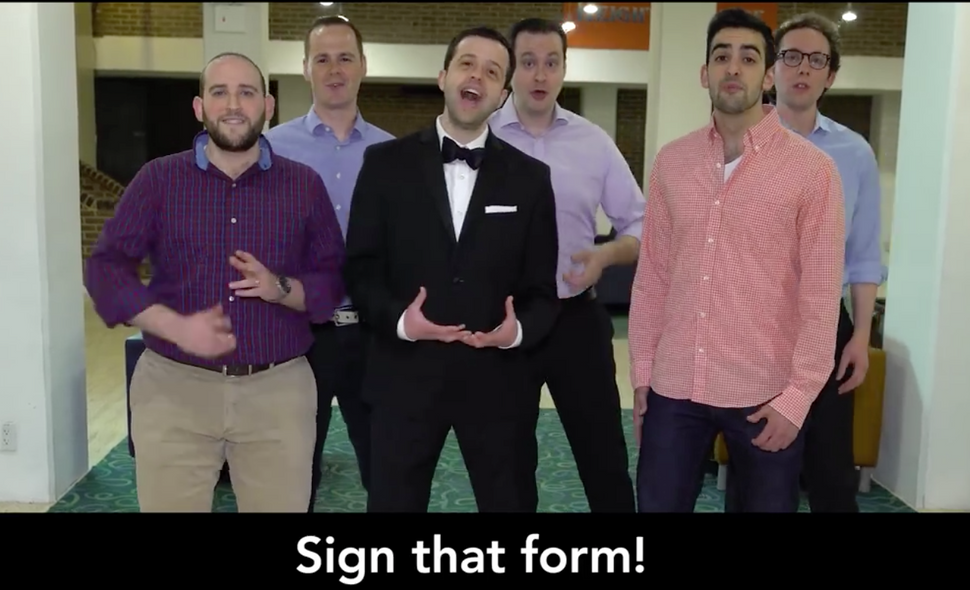 A popular Jewish pop music group has written a short cheery PSA about a weighty problem in the Orthodox Jewish community: women whose husbands have left them but refuse to give them a proper divorce.

In Jewish law, the husband is given absolute authority in the matter of annulling a divorce. If he refuses to give his wife a get, a rabbinic writ of divorce, he can get married again — but she becomes an agunah, a chained woman, prohibited from marrying anyone else.

Historically (and still in certain enclaves), one could pay to have the recalcitrant man roughed up a bit in order to convince him to change his tune, but several prominent Orthodox rabbis and advocates have touted a more effective solution: a , which they posit has worked in 100% of cases over a 20 year period.

“A halachic prenup protects the one you love,” The Maccabeats posted along with the video. “Make it a tradition!”