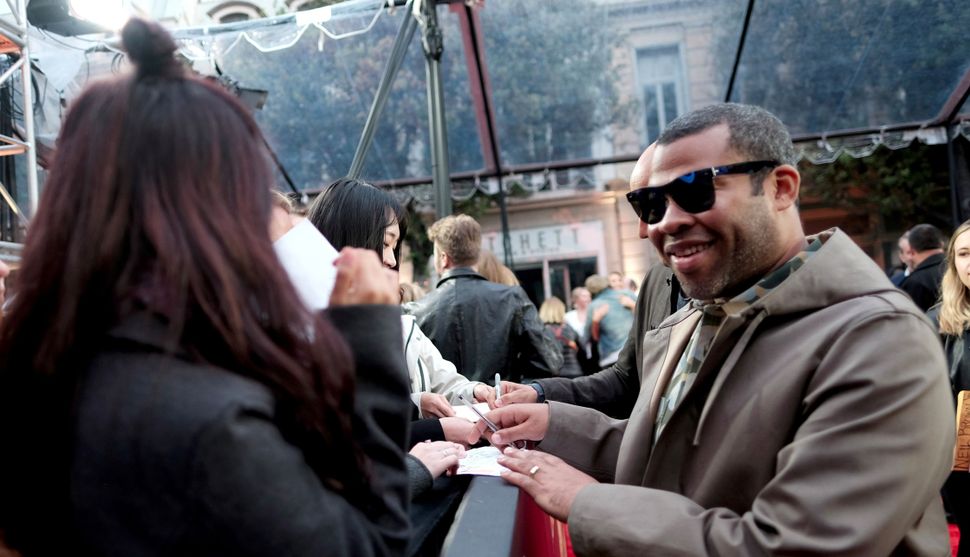 If you enjoyed Jordan Peele’s hit debut “Get Out,” then the following news should excite you: Universal Pictures, in conjunction with Jason Blum’s Blumhouse, just signed a “first-look” deal with Peele. According to a report at Variety, the deal includes a commitment to develop Peele’s next film “an untitled social thriller, which he will write, direct, and produce based on his original idea.” The deal will also see Peele produce a number of micro-budget films through his own Monkeypaw Productions in conjunction with Jason Blum.

The deal comes on the heels of an almost $200 million run by Peele’s “Get Out”. As Jordan Crucchiola at Vulture points out, while “Get Out” was widely lauded for its originality and willingness to consider race issues from a unique angle, studios don’t sign expensive commitments for altruistic or political purposes – “the dollar is king in Hollywood.” The deal, Crucchiola writes, “shows [that the studios] understand how much money stands to be made from funding smart black creators who are willing to threaten genre conventions and deliver biting social commentary.”