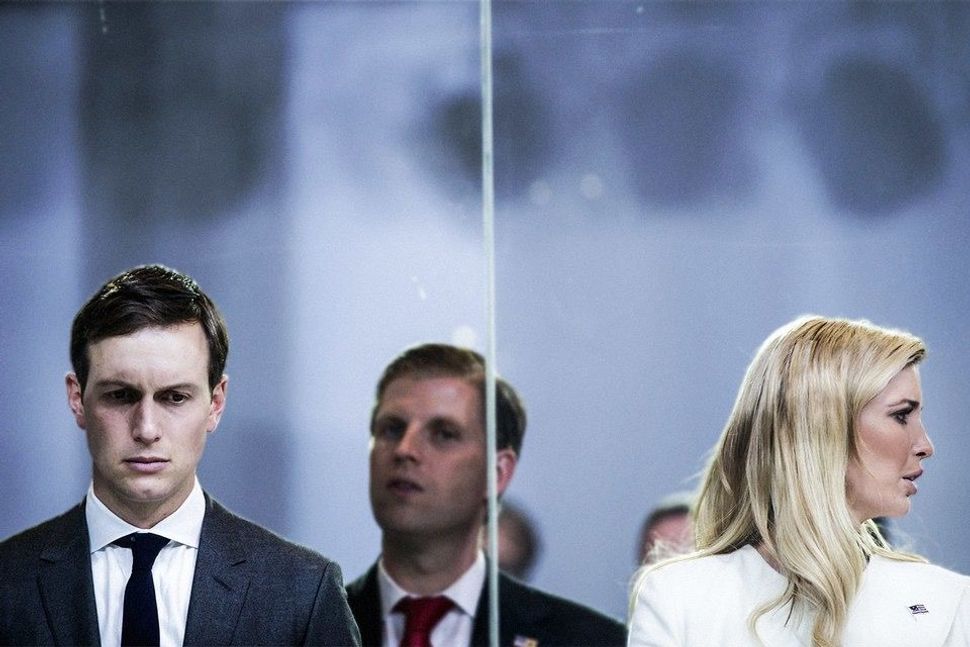 Did President Trump’s Executive Order on religious freedom signed Thursday please anyone? Liberals fret that it went too far, while some conservatives feel that the it fell short of Trump’s campaign pledge to “totally destroy” the Johnson Amendment which prohibits clergy from pulpit politicking.

Why the sudden softening in Trump’s approach?

Robert P. George, a Princeton law professor and leading voice on religious conservatism, believes its the fault of the president’s Jewish daughter and son-in-law.

The religious liberty executive order is meaningless. No substantive protections for conscience. A betrayal. Ivanka and Jared won. We lost. https://t.co/Xn94KWTKPX

Jared Kushner and Ivanka Trump were widely reported to have a moderating influence on the President and have convinced him to drop anti LGBTQ measures from a previous version of the religious freedom executive order.

The promise to repeal the Johnson Amendment was made by Trump to evangelical leaders during the campaign and was repeated after the elections.