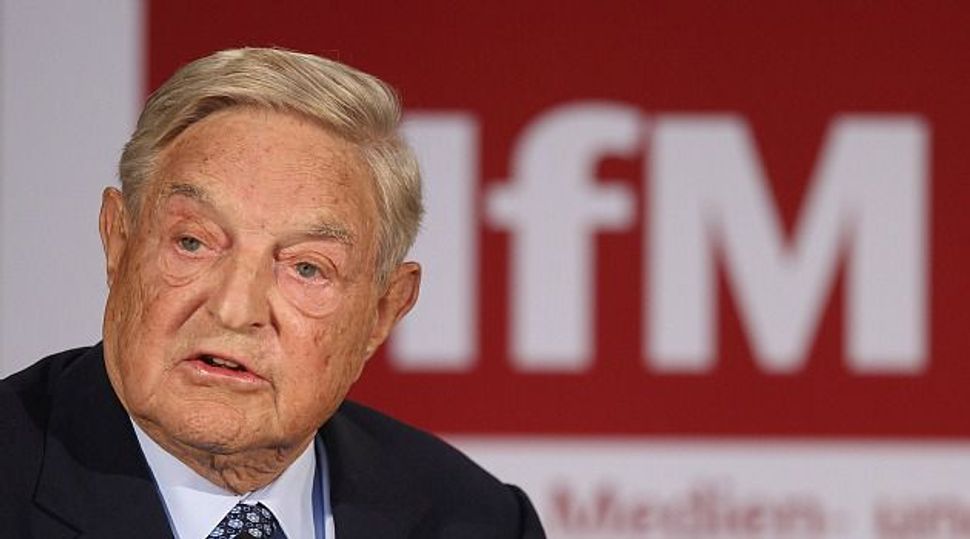 (JTA) — A leading official in the European Commission — one of the European Union’s governing bodies — implied that efforts by Hungary’s prime minister to shut down a university founded by George Soros are anti-Semitic.

Prime Minister Viktor Orban has long harbored animosity toward Soros, a Hungarian-born Jewish financier who has donated millions of dollars to liberal causes. Orban is now defending controversial legislation that many see as an attempt to shut down Central European University, a highly respected university Soros founded in 1991.

Orban told the European Parliament on Wednesday that Soros is an “American financial speculator attacking Hungary” who has “destroyed the lives of millions of Europeans.”

“I understood that exactly the same way and was appalled,” Timmerman said, according to Euractiv.

Hungarian Foreign Minister Peter Szijjarto called on Timmerman to resign for his assertion.

Hundreds of academics around the world have protested Orban’s legislation, which are amendments to the Hungarian National Higher Education Act. The fight is seen as a battle between Orban’s nationalist priorities and Soros’ “open society” outlook.