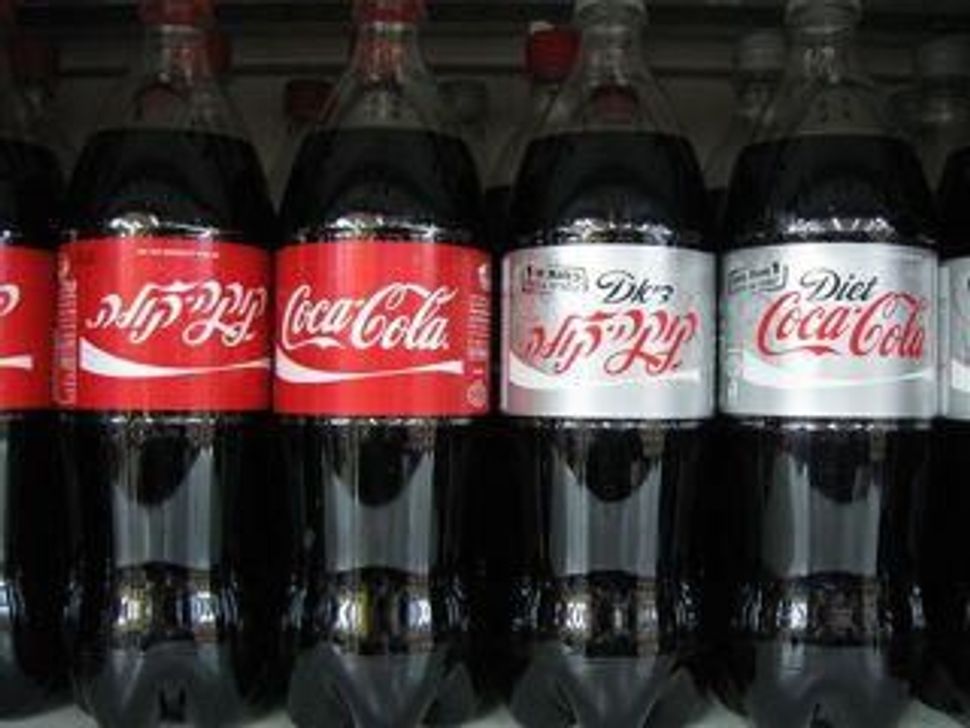 Coca Cola in Israel donated 50,000 shekels, or about $13,850 to Im Tirtzu, a right wing group that targets leftists and human rights groups in Israel.

The donation was first reported by Israeli newspaper Yedioth Ahronoth.

Im Tirtzu had tried to keep the donation secret by requesting the Israel Corporations Authority not to report it. But the group declined Im Tirtuz’s request. A document stating that decision was obtained by Uri Zaki with the left-wing Meretz party.

Last year Im Tirtzu came under fire by politicians across the political spectrum when it singled out several of Israel’s leading cultural figures, including authors David Grossman and Amos Oz, as “moles in culture.”

The group has been accused of fascism. In 2013 the group tried to clear its name by suing leftwing Israelis who called Im Tirtzu a fascist group, but a judge said that the group exhibited “certain principles of fascism.”

“A contribution to Im Tirtzu is support for promoting Zionism in Israeli society, protecting Zionist interests and protecting the soldiers of the Israel Defense Forces from persecution and defamation,” Im Tirtzu said of the Coca Cola donation, according to Haaretz.