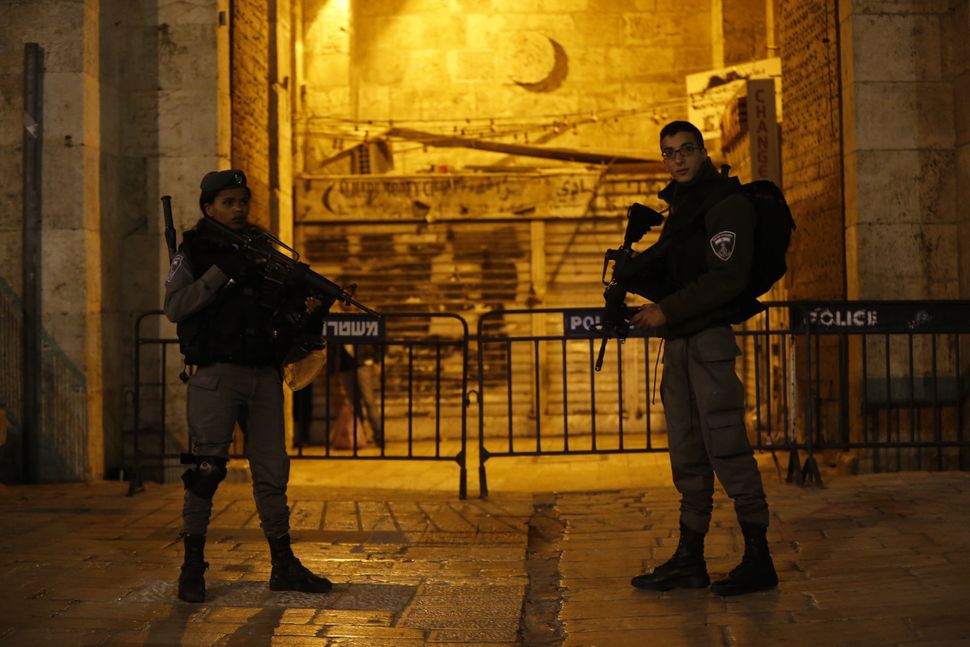 JERUSALEM (JTA) — A Palestinian teen was shot and killed by Israeli police officers after she attempted to stab them.

The incident occurred Sunday afternoon at the Damascus Gate in the Old City of Jerusalem, according to police.

The teen approached a group of police guarding the gate, pulled out a knife and ran toward them shouting “Allahu Akhbar,” according to police.  No Israeli officers were injured in the stabbing attempt.

Police also found that the teen was carrying a note in which she said goodbye to her family and identified herself as a martyr.