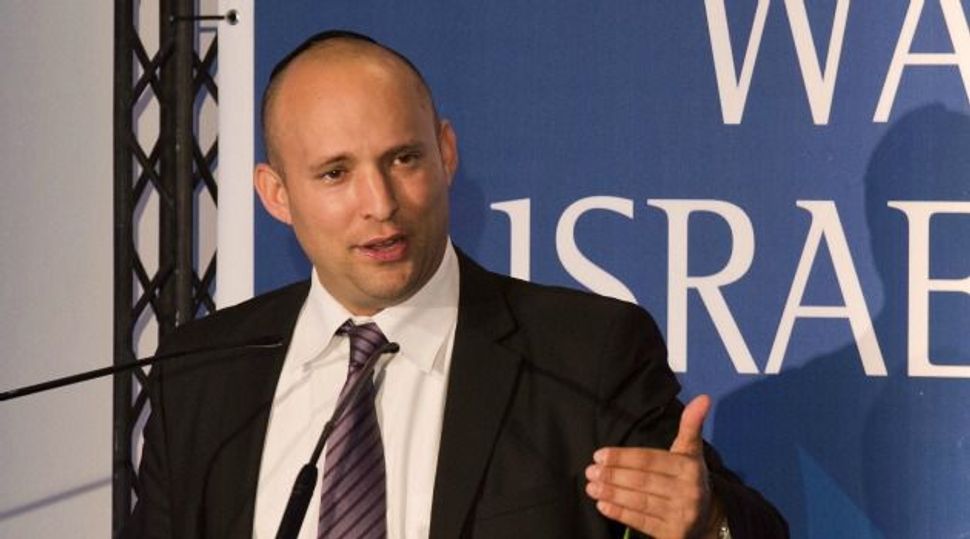 Five ministers from Israel’s right-wing governing coalition, spoke at the conference, held Sunday in New York City. They presented variations on the same message: The Trump administration is pro-Israel, and peace with the Palestinians is close to impossible.

“The United States of America, after a few years in which the situation was completely different, sees eye-to-eye [with Israel] the danger posed by Iran,” said Dani Dayan, Israel’s consul general in New York.

Trump has recently vowed to broker an Israeli-Palestinian peace deal, and even ministers opposed to Palestinian statehood expressed confidence that Trump is in Israel’s corner.

“I was personally encouraged that the Trump administration did not automatically adopt the two-state solution narrative,” said Justice Minister Ayelet Shaked of the pro-settler Jewish Home Party.

Education Minister Naftali Bennett, Jewish Home’s chairman, also reiterated his opposition to a Palestinian state, instead calling for a “Trump Plan” to invest in the Palestinian economy, modeled on the Marshall Plan that gave aid to Europe following World War II.