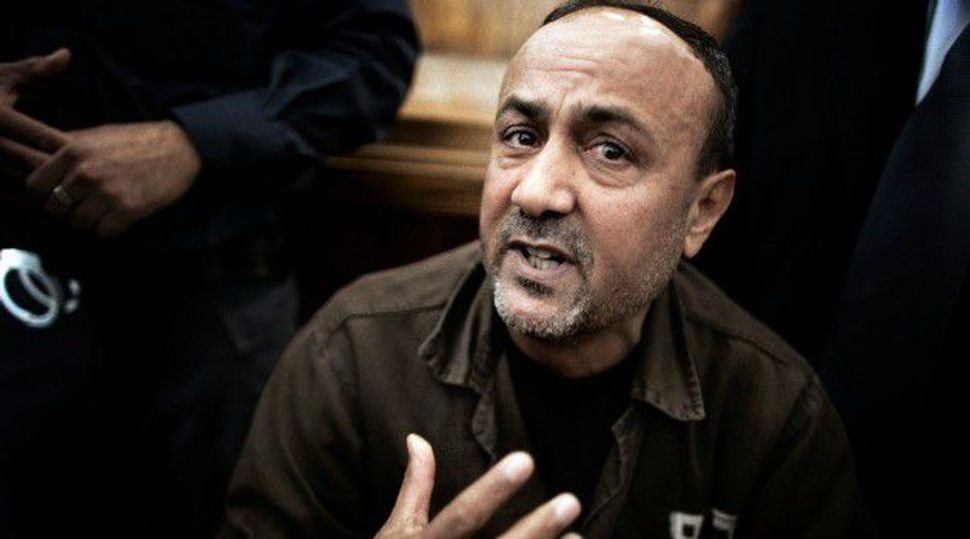 JERUSALEM (JTA) — The Israel Prison Service released a video which shows Marwan Barghouti, the high-profile Palestinian prisoner leading a hunger strike, secretly eating in the bathroom of his cell.

The hunger strike launched three weeks ago with a Barghouti op-ed in the New York Times. The hundreds of Palestinian hunger strikers are calling for more favorable prison conditions. Barghouti is serving multiple life sentences for the murder of five Jewish Israelis.

The video released on Sunday shows Barghouti eating in his bathroom twice, on April 27 and May 5.

“As I said from the very beginning, this hunger strike was never about the conditions of the convicted terrorists, which meet international standards. It is about advancing Marwan Barghouti’s political ambitions,” Minister of Public Security Gilad Erdan said in a statement following the release of the video.

“He lied to the Palestinian public when he claimed to be striking,” Erdan also said.

Some 850 Palestinian prisoners in Israeli jails are still taking part in the strike.