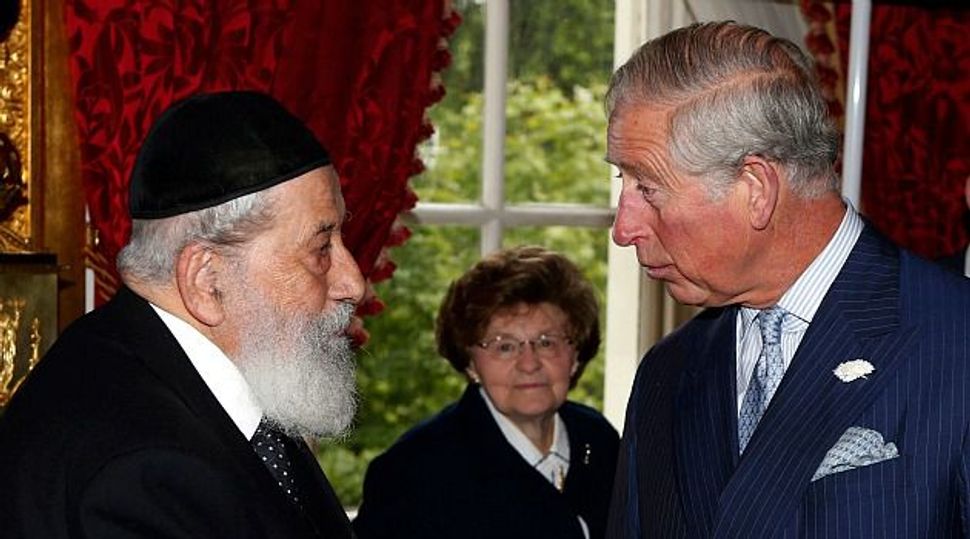 (JTA) — Plans for Britain’s Prince Charles to visit Israel have been scrapped by the Foreign Office, a London newspaper is reporting.

Prince Charles, the heir to the throne, would have been the first member of the Royal Family to make an official state visit to Israel since its founding.  Though the visit was not officially announced, senior officials had been cited in British and Israeli media in recent weeks saying that Prince Charles or another member of the Royal Family would travel to Israel to mark the 100th anniversary of the Balfour Declaration.

The British tabloid The Sun reported on Sunday that the decision made by the Foreign Office may have been taken to avoid upsetting Arab nations in the region.

Israeli President Reuven Rivlin extended an invitation for a Royal state visit to Foreign Secretary Boris Johnson at a meeting in Jerusalem earlier this year. The Sun reported that the invitation never officially reached the Royal Family.

Prince Charles made a private trip to Israel in October to attend the funeral of former Israeli president Shimon Peres.