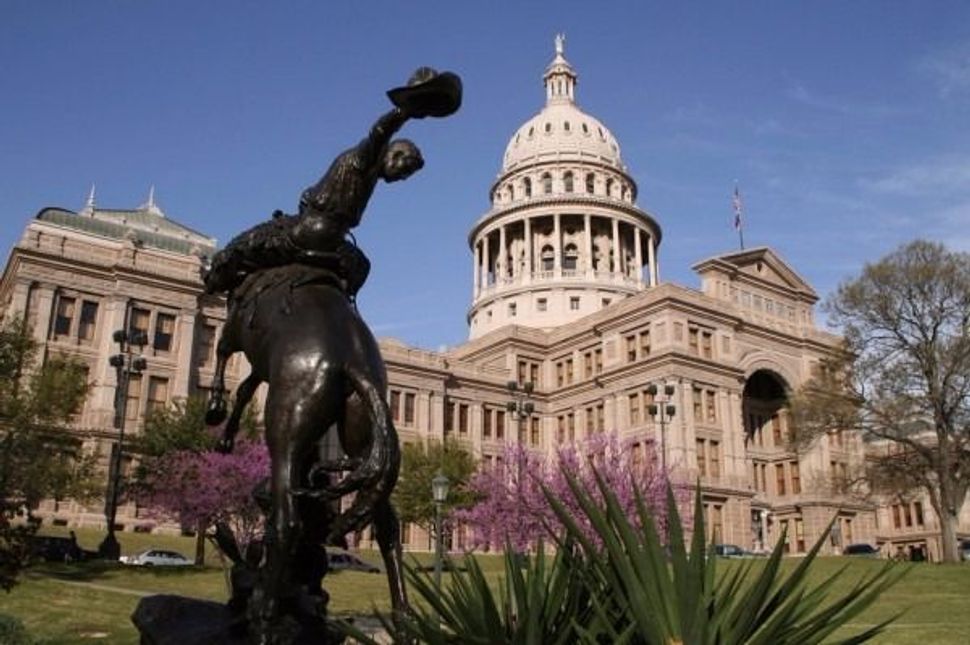 (JTA) — Texas lawmakers are set to vote on a bill that would allow state-funded or private faith-based adoption agencies to reject couples seeking to adopt children if they are Jewish.

The state House proposal also would allow potential adoptive couples to be rejected if they are Muslim, interfaith, gay or single, according to reports.

A vote on the bill in the Republican-controlled House scheduled for Saturday was pushed off until Monday, CNN reported.

Proponents say the measure will support the religious freedom of adoption agencies and foster care providers. Opponents say it violates the Constitution’s requirement of equal protection under the law.

The bill also could require children in the foster care system to comply with a family’s faith-based requirements, including sending gay children for “conversion therapy” or denying them access to birth control.

Five other states have approved similar laws protecting faith-based adoption organizations that refuse to place children in families based on religion or lifestyle. South Dakota’s law is the most similar since it also covers agencies that receive state funding.