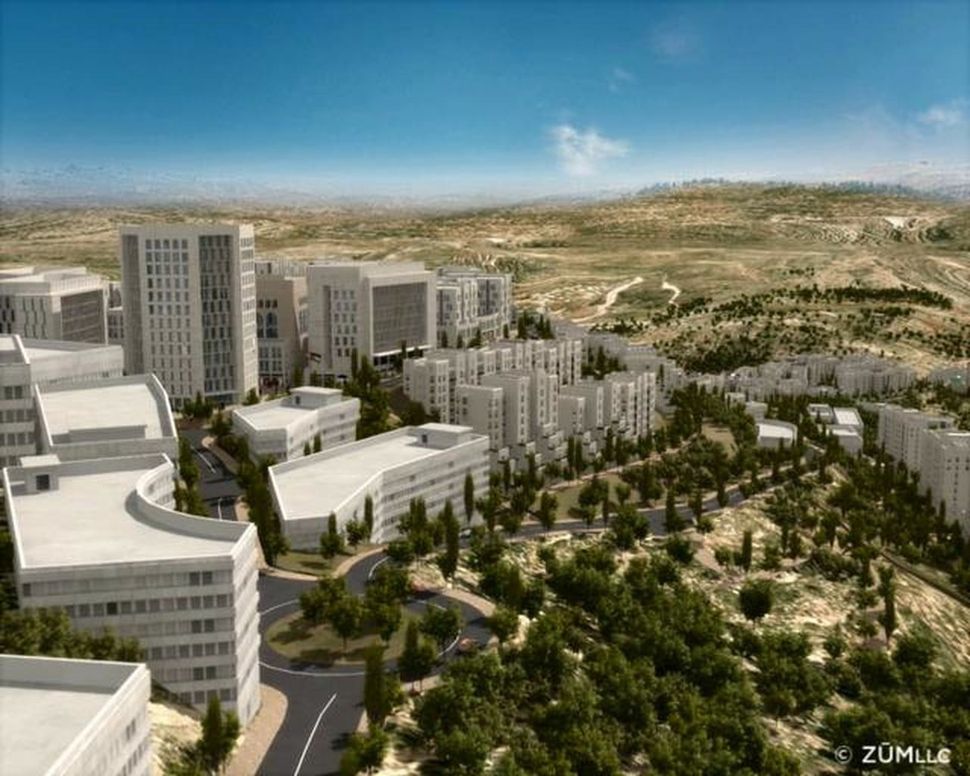 Photo of Rawabi, the first planned city in the West Bank. Image by vimeo

Former Israel ambassador Dan Shapiro is urging President Trump to make a stop at Rawabi, the new gleaming middle class Palestinian city outside Ramallah, when he visits the Holy Land later this month.

Idea: Aides say on his trip, Trump wants to highlight “efforts to unlock the potential of the Palestinian economy.” He should visit Rawabi. https://t.co/8yLeDMdi2i

Rawabi, a favorite stop for international proponents of the two-state solution, is often held up as an example of Palestinian entrepreneurship amid the confines of the Israeli occupation. But Palestinian critics of the project say founder Bashar Masri’s involvement with Israelis on the project — he asked the help of famed Israeli architect Moshe Safdi — amounts to “normalization” and does nothing to advance Palestinian independence.

Trump would “connect” well with Masri, a real estate magnate and one of the wealthiest Palestinian men in the West Bank, predicted Shapiro.

Rawabi was delayed for months as Israel withheld permission for water access to the development, but now that the water has been connected Palestinian families are moving in.

Elliott Abrams, President George Bush’s advisor on Middle East affairs, endorsed the idea of Trump visiting Rawabi in an interview with Haaretz, but said he doubted the president will have time.