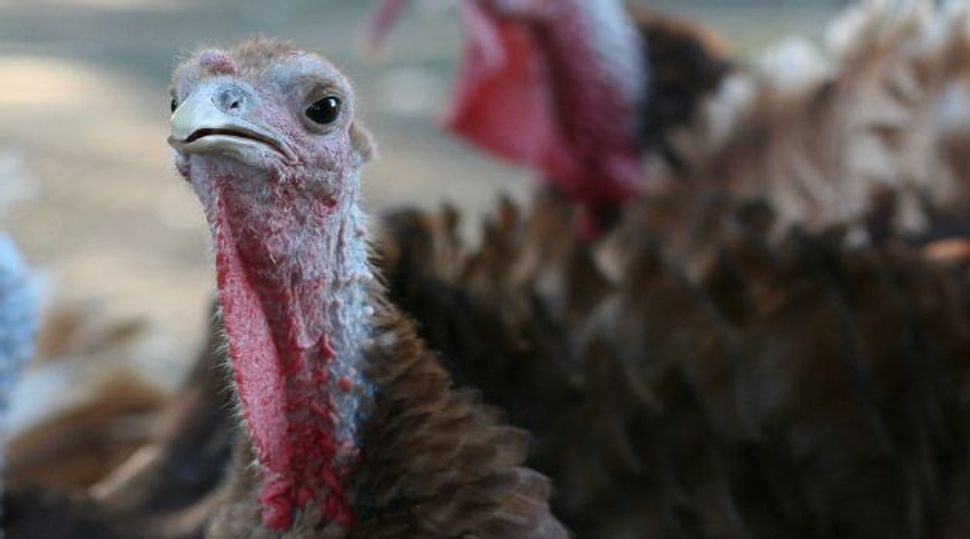 Heritage turkeys are more flavorful and tend to suffer less than industrial hybrid turkeys. Above, a heritage turkey awaits schechita, or ritual slaughter, conducted by the author. Image by Alyssa Kapnik

Rabbi Albert Guigui made the plea to Frans Timmermans, the First Vice President of the European Commission, during a rabbinical conference on Tuesday in the Netherlands, where Timmermans spoke as the guest of honor.

Guigui referenced a vote Friday by a parliamentary committee of the Walloon Region, which would make it illegal to kill animals in the meat industry without administering stunning beforehand. A full plenary vote is scheduled for May 17.

“We ask you as our friend and ally to join this fight, which is a fight for religious freedom,” Guigui told Timmermans.

Jewish and Muslim ritual slaughter of animals require animals be conscious when their necks are cut. Critics of both customs claim they are more cruel to animals than industrial methods, though some scientists dispute this.

Timmermans, during his speech, reiterated his commitment and that of the European Union to fight anti-Semitism and defend religious freedoms, saying that according to his personal “point of view,” ritual slaughter should be “not be a problem“ if “it is done by people trained to do so.”