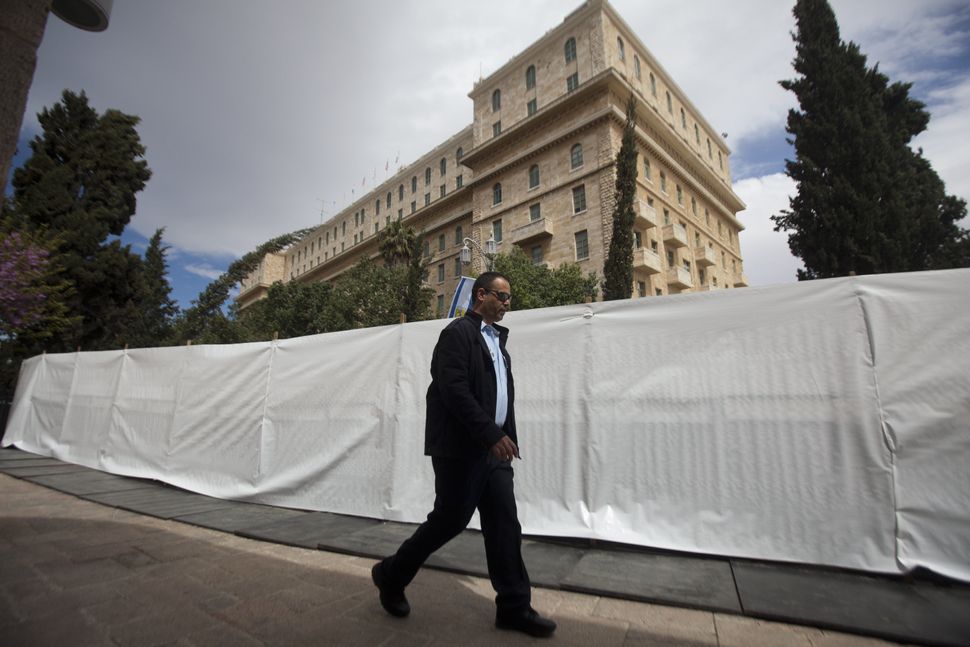 The King David Hotel is getting ready to welcome Donald Trump, his family and his entourage — who will require 1,000 rooms in at least three hotels — in Jerusalem as part of his first foreign trip since taking office.

The Jerusalem Post reports that the luxury hotel, located west of the Old City, will be closed to the public from May 21 to May 23 and will reopen a couple of hours after Trump’s departure.

The American president will stay at the King David with his daughter Ivanka, his son-in-law and senior advisor Jared Kushner, Secretary of State Rex Tillerson, Secretary of Defense James Mattis and National Security Adviser H.R. McMaster.

They should occupy the hotel’s three super luxury and super expensive suites (each averages out at $ 5,500 a night), generally allocated to visiting presidents, prime ministers and foreign ministers.

The whole American delegation booked more than a thousand rooms in the Holy City, which required temporarily closing two other nearby hotels: the Dan Panorama and the Dan Boutique Jerusalem.