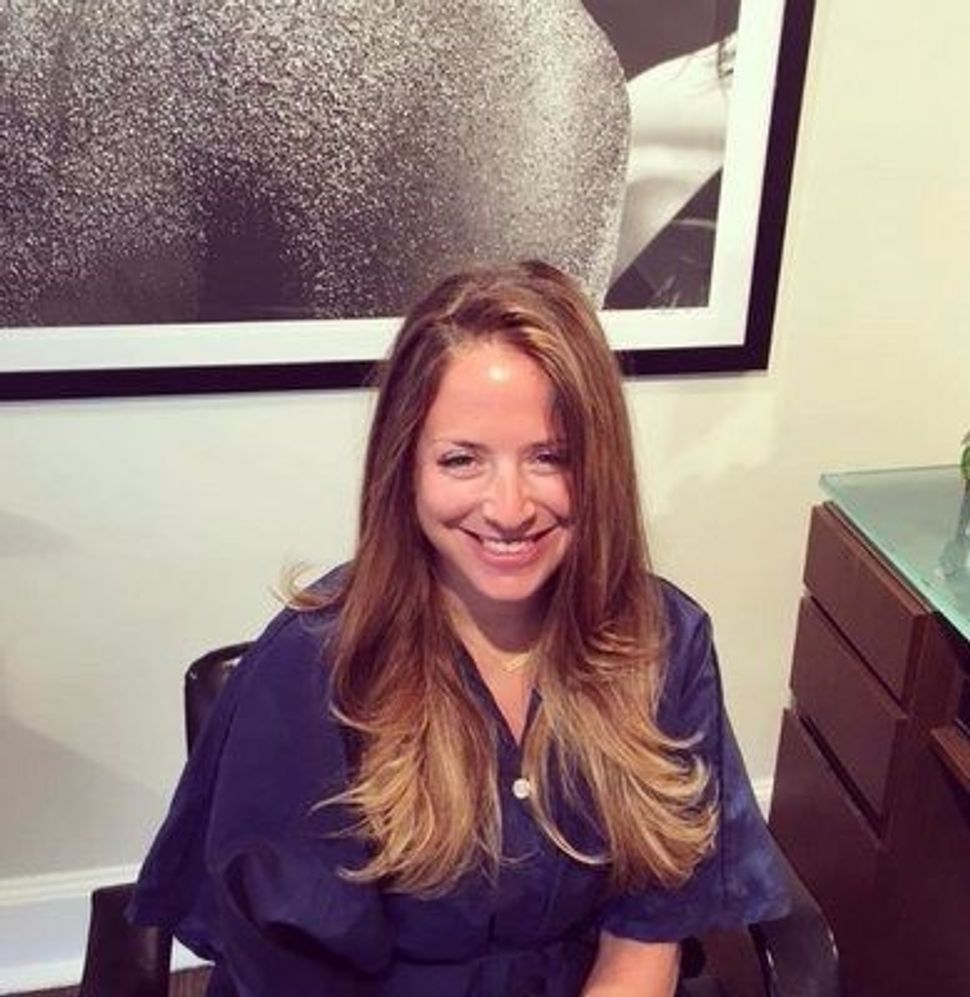 A Jewish writer and sommelier in Long Island announced her intention last week to run for Congress against Rep. Lee Zeldin, one of only two Jewish Republicans in Congress.

Hannah Selinger, a New York City native who moved to the island’s East End six years ago, explained on her Gofundme fundraising page that she was inspired to run after Zeldin voted for the American Health Care Act, the controversial bill that would repeal much of Obamacare.

Selinger, 36, has never run for office before, but did intern for Democratic Rep. Nita Lowey while a student at Columbia University. “I’ve always been engaged in social issues,” Selinger told the local news website 27east.com. “I’m young, I’m engaged and I want what’s best — not only for the district, but also for the country.”

Among her stances listed on her page: “I believe in a woman’s right to choose…I believe that the Affordable Care Act can be saved and improved upon and that it is our best bet in saving American lives.”

Selinger’s writing was once featured in The New York Times’ Modern Love section, among other publications.