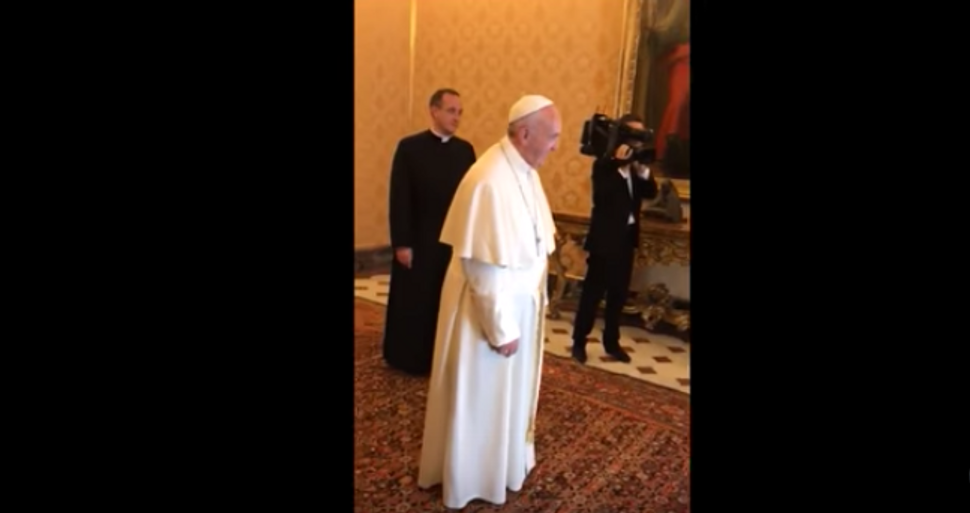 Following a meeting with Pope Francis to discuss the protection of Jewish cemeteries in Europe and combating child sex abuse, a delegation of Hasidic Jews broke out in song and dance. Rabbis locked arms, men played guitars and the Pope seemed to bob up and down slightly. A video of the scene went viral.

Then the controversy began.

“The meeting caused turmoil among some who believe that this was a misguided effort and that, in fact, it is forbidden to meet with the pope,” Yeshiva World News reported.

“How can you dance and sing… from our Torah in front of a man who represents a religion which your ancestors gave up their lives to stay away from?” one commenter wrote on the YWN website.

The Pope also apparently used the Hebrew word “Shema” during the meeting, referencing the central prayer of modern Judaism. This also offended some who see Christianity and Judaism as theologically incompatible. “The Pope’s ‘Shema’ is not our Shema even though it uses the same word, it has a different definition,” a commenter on YWN wrote.

The controversy moved far beyond online chat rooms, though.

A Chabad.org list of “official emissaries” no longer contains the address of Chabad of Carroll Gardens in Brooklyn, whose leader, Rabbi Dovber Pinson, was on the trip.