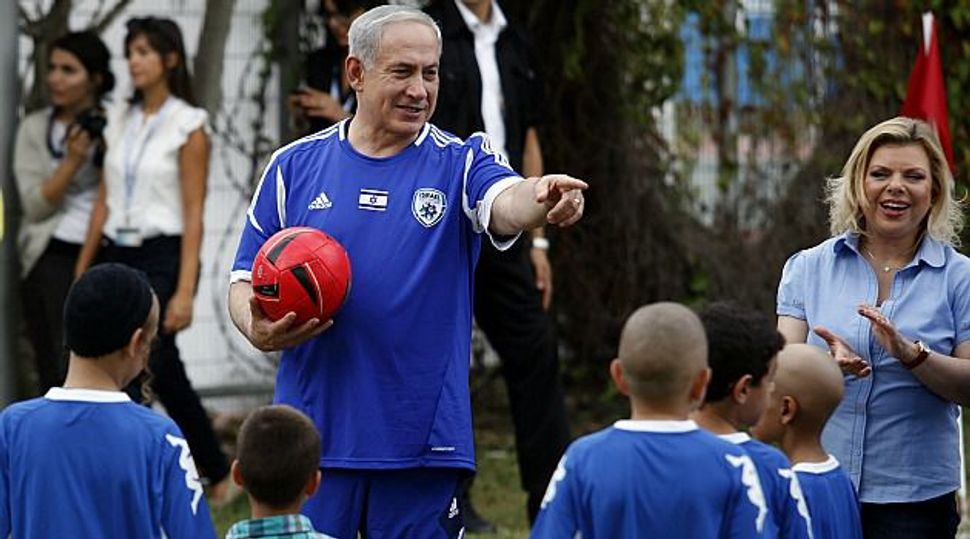 (JTA) — The governing body of international soccer said it was “premature” to make a decision on the status of Israeli teams that play in the West Bank.

FIFA removed from its annual congress agenda a resolution that would require the teams to stop playing or be sanctioned, and which calls for Israel’s removal from FIFA. It marked the third straight year that the FIFA Congress has delayed making a ruling.

The FIFA Congress began its annual two-day meeting on Wednesday in Manama, Bahrain.

The Palestinians say this violates FIFA’s rules, which state that “Member associations and their clubs may not play on the territory of another member association without the latter’s approval.” They can still request that the resolution be put back on the agenda.

“It is not clear why the FIFA Council needs more than two years to decide whether or not to follow its own rules,” Sari Bashi, Israel and Palestine advocacy director for Human Rights Watch, said in a statement. “FIFA’s Congress on Thursday should order the IFA to stop sponsoring games in Israeli settlements. Continuing to sponsor games on stolen land is contrary to the human rights commitments FIFA so recently reaffirmed.”