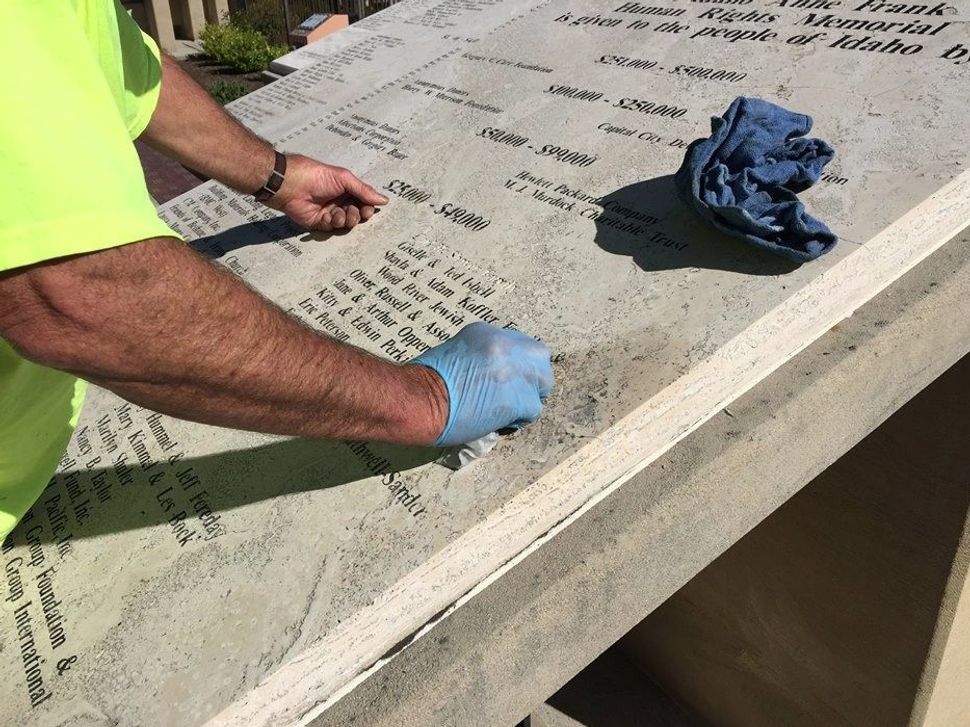 Representative Dan Prinzing said he would not repeat the words reading the phrase written “because it was so offensive.”

The graffiti was written below the engraved first paragraph of the Universal Declaration of Human Rights and on an engraved list of donors to the memorial.

“Now what does that do for us? It emboldens us,” Prinzing said, according to the Statesman. “It means our work is not done.”

Another swastika was spotted on Wednesday at the grounds, though it was unclear when this was drawn. The Boise Police Department has assigned a detective to investigate the case.

The Anne Frank Human Rights Memorial was named for Anne Frank, a Jewish girl forced into hiding in Holland during the Holocaust and who died at the Nazi concentration camp of Bergen-Belsen. The memorial was founded in 2002 and is a large educational park with a series of monuments dedicated to human rights.