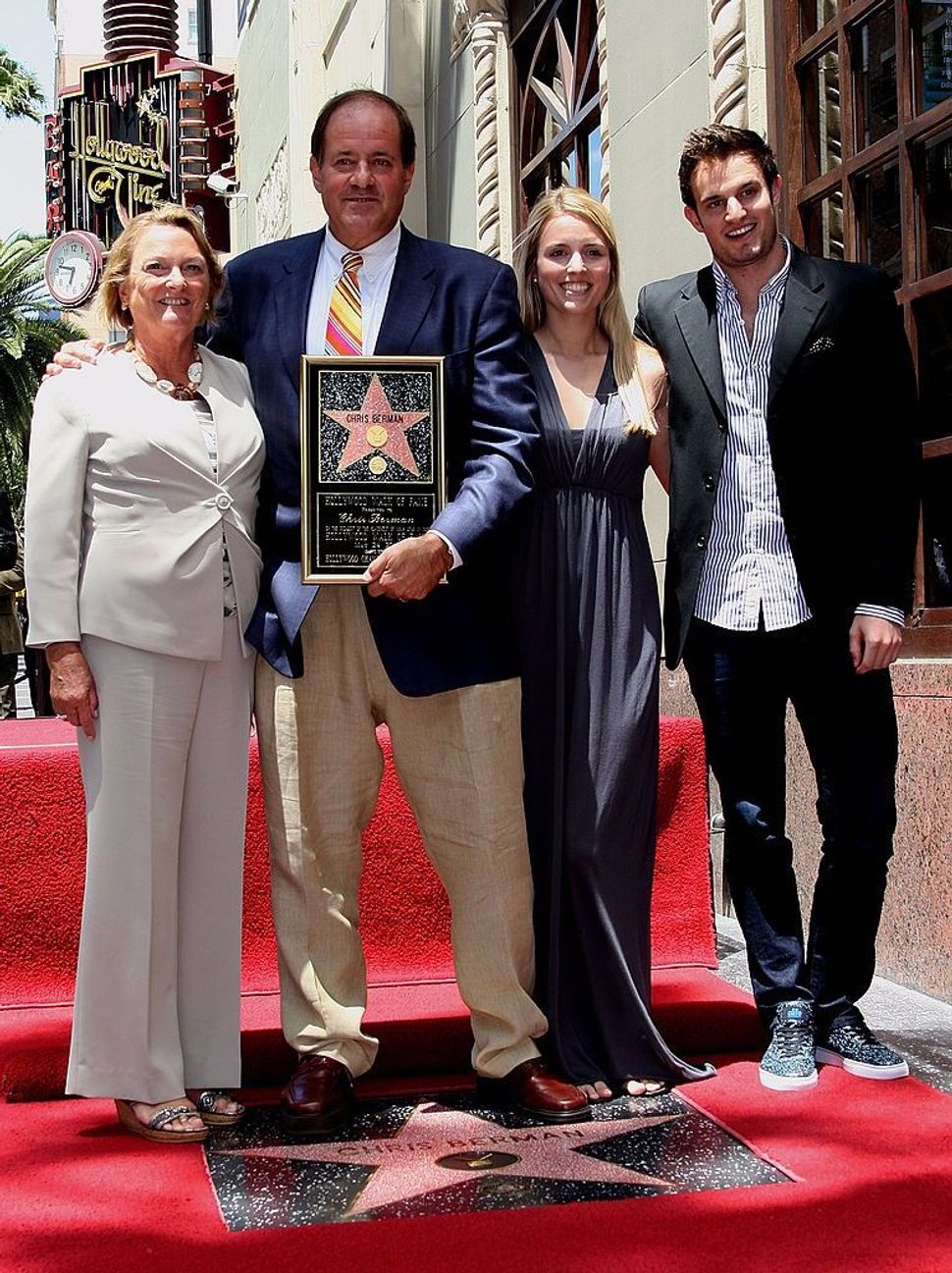 Berman with her husband and two children, Meredith and Doug Image by Getty Images

The accident also took the life of 87-year-old Edward Bertulis, ESPN reportshttp://www.espn.com/espn/story/_/id/19349242/kathy-berman-wife-espn-icon-chris-berman-dies-car-accident. Berman was pronounced dead at the scene of the accident; Bertulis was taken to the nearby Waterbury Hospital, where he died. Police are investigating the cause of the crash. Bertulis’ daughter Nancy has released a statement saying that at the time of the crash Bertulis was driving from the cemetery where he made daily visits to his wife’s grave.

Berman was a longtime public school educator, working with fourth graders in Waterbury public schools for many years. She also spent 20 years as a board member and president of the Literary Volunteers of Greater Waterbury, bringing accessibility and education to underprivileged children. She and her husband have two children, who released a statement about their mother through ESPN yesterday.

Kathy Berman, then Alexinski, met Chris Berman when he faked car trouble to ask her for help, and then to go to breakfast with him. The couple has been married for over 33 years.