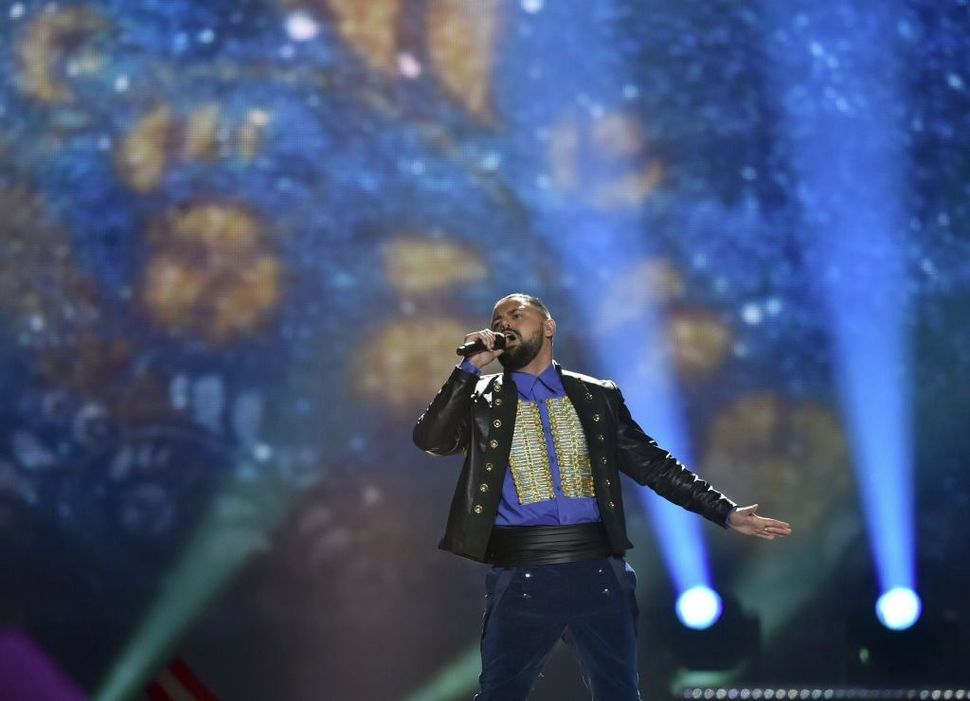 (JTA) — Roma and Jewish groups in Hungary celebrated as a Roma singer’s song about oppressed minorities advanced to the finals of the Eurovision song contest.

Joci Pápai, 35, is the first Roma to represent Hungary in the continental song competition among 42 countries. He made the cut in the semi-finals Thursday night in Kiev, along with performers representing Israel and 25 additional countries.

“If he wins that contest, and because of this Hungary would be the host of the next contest, then it would be really something,” Adam Schonberger, a Hungarian Jew who runs Aurora, an organization that encourages dialogue and cooperation between Roma and Jews, told JTA Friday.

Schonberger noted, however, that deep-seated anti-Roma prejudice among segments of the political right in Hungary would likely make it difficult for many Hungarians to rally around Pápai if he wins in the finals Saturday.

Pápai told reporters in Kiev: “I am so proud that, in the history of Eurovision, as a Gypsy I managed to get to the final.” He sang “Origo” (“Origin”) for everyone from a minority “who has ever felt oppressed. I left a piece of my heart here in Kiev,” he said.