Could Jared, Ivanka And ‘New York Wing’ Save Trump From Himself? 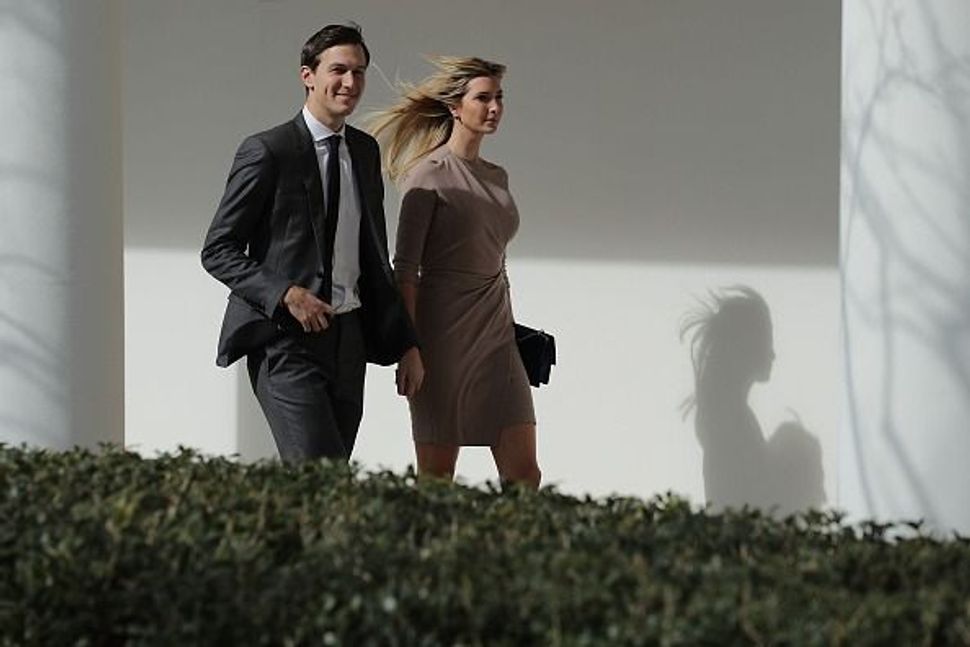 President Trump’s foreign policy and national security advisers have set up a “fence” around him, controlling the flow of information to the Oval Office and presenting him with sensible options in order to preserve American stature abroad.

Now, there’s a rumor coming from within the administration that a similar move could be afoot on domestic policy – where no such apparatus exists – after a rough week in which the president dispatched FBI Director James Comey.

Ivanka Trump, Jared Kushner and economic adviser Gary Cohn would be the linchpin of that protective force around Trump, according to the Axios newsletter.

It would put the so-called “West Wing moderates” in an advantageous position relative to the populists in the White House, like chief strategist Steve Bannon and national policy director Stephen Miller.

Could Jared, Ivanka And ‘New York Wing’ Save Trump From Himself?