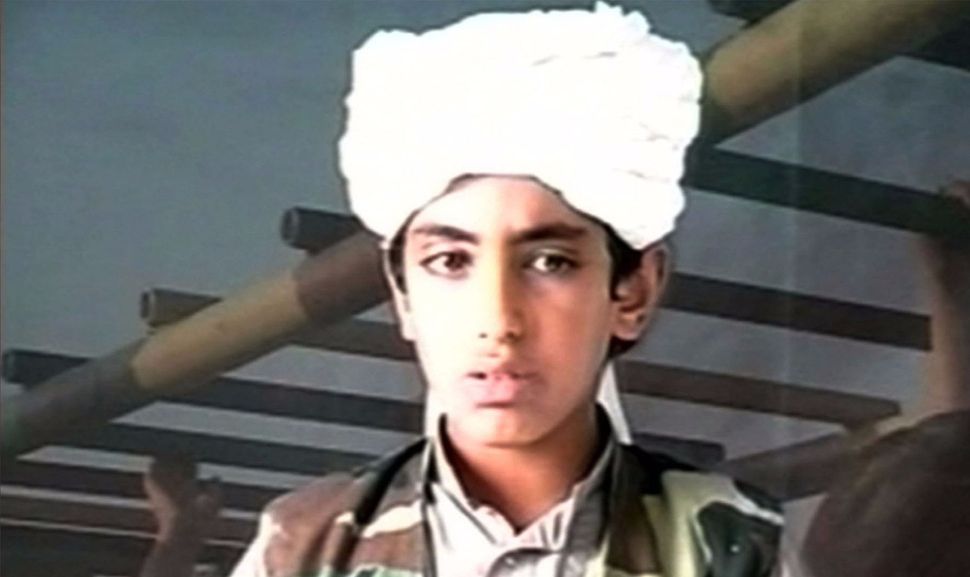 (JTA) — The son of Osama bin Laden called on Muslims and followers of al-Qaida to carry out attacks on Jewish targets around the world.

Hamza bin Laden in a 10-minute video released over the weekend calls on Muslims in “America, the West and occupied Palestine” to carry out the attacks where they are.

The video includes clips of terror attacks that have been perpetrated around the world, including some from Israel.

Hazma bin Laden said it is not necessary to travel to Syria and join the Islamic State. “Know that inflicting punishment on Jews and crusaders where you are present is more vexing and severe for the enemy,” he reportedly said in the video.

American and NATO targets are appropriate where there are no Jewish targets, he said.