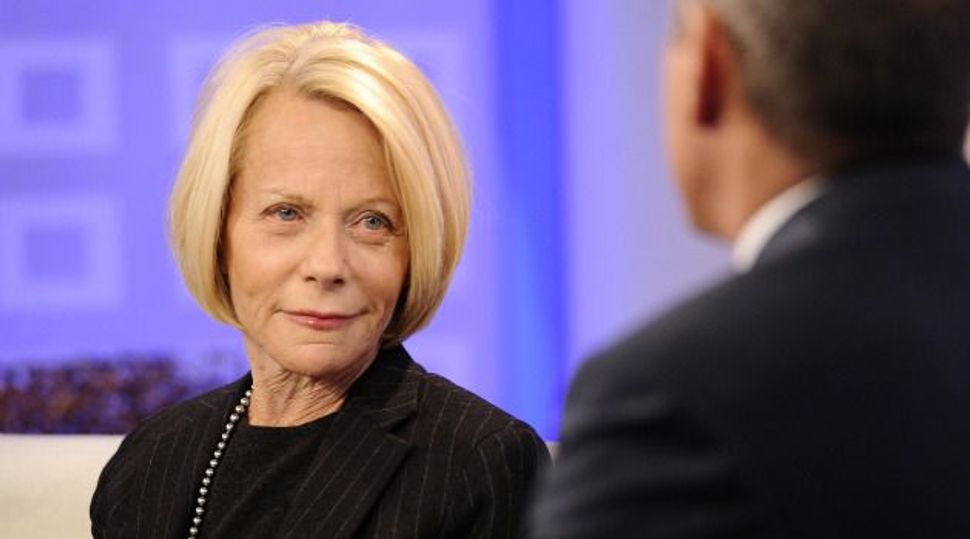 When a New York Post reporter knocked on the door of Madoff’s Old Greenwich, Connecticut townhouse to ask how she felt about the release of new biopic based on her family’s scandal, she responded: “I have nothing to say.”

The 75-year-old wife of Bernie Madoff, who was responsible for an $18 billion Ponzi scheme, lives a quiet life in her $3,100 a month, one-bedroom condo, The Post reports.

According to one woman, who described herself as a friend, Madoff avoids local gathering spots, including the popular Sweet Pea bakery.

“Ruth never comes in here because these people are part of her old life, and the ones who lost money with Bernie,” she said.

Madoff did, reportedly, open up her door to Michelle Pfeiffer, who will be portraying her in the upcoming film “Wizard of Lies.”

“I don’t think it would be appropriate to say she ‘cooperated’ with the film,” Barry Levinson, the film’s director, told Page Six. “Michelle simply spent a little time talking to Ruth. I don’t think Michelle talked much about the script. It was simply to get to know her — however brief the time spent.”