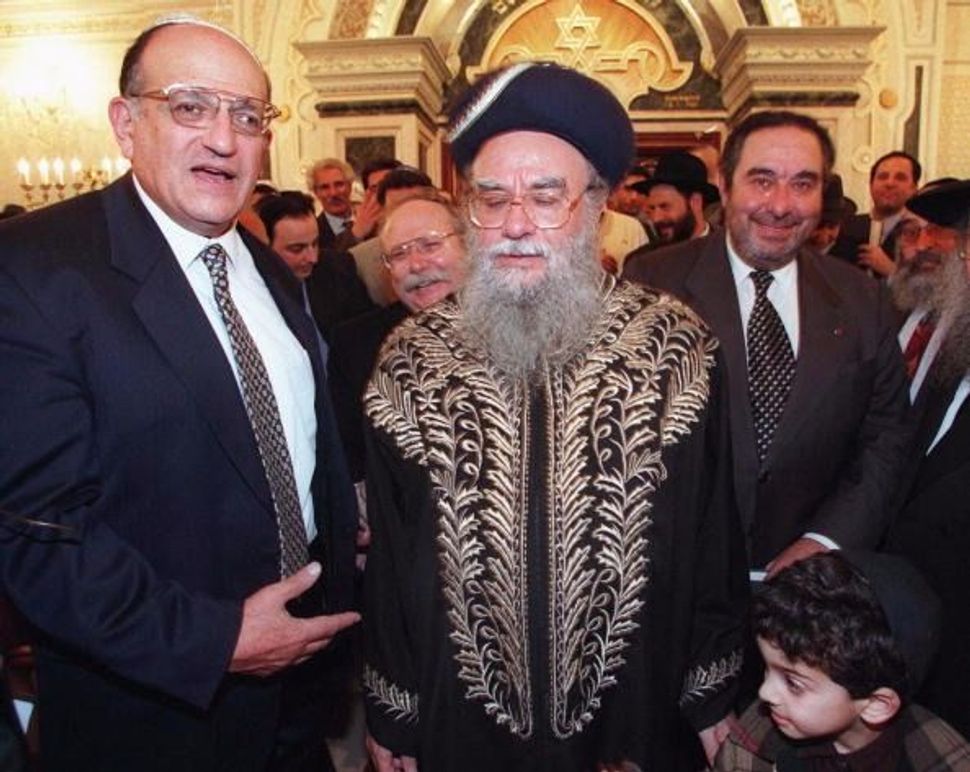 (JTA) — A former chief rabbi of Israel, Eliyahu Bakshi-Doron, was convicted of issuing fake rabbinic credentials to 1,500 police and security services employees, who used them to apply for pay raises.

Bakshi-Doron was found guilty in Jerusalem District Court of fraud, falsifying documents and breach of trust on Monday. Sentencing has not yet been set.

Bakshi-Doron, 76, was indicted in 2012 along with several other Chief Rabbinate officials on allegations that from 1999 to 2003, when he was the Sephardi chief rabbi, he instructed aides to “turn a blind eye” to bogus requests for the higher-level religious education certificates, which allowed civil servants and security employees to apply for wage bonuses.

The rabbi’s defense maintained his innocence throughout the four-year trial. Bakshi-Doron initially was cleared of the charges, but the State Attorney’s Office reopened the case against him five years later.

In February, a judge in Jerusalem sentenced another former chief rabbi, Yona Metzger, to 4 1/2 years in jail on fraud and other charges. Metzger, the chief Ashkenazi rabbi from 2003 to 2013, was accused of profiting from donations directed to charitable causes and taking bribes to sway his opinion on matters he decided as chief rabbi.