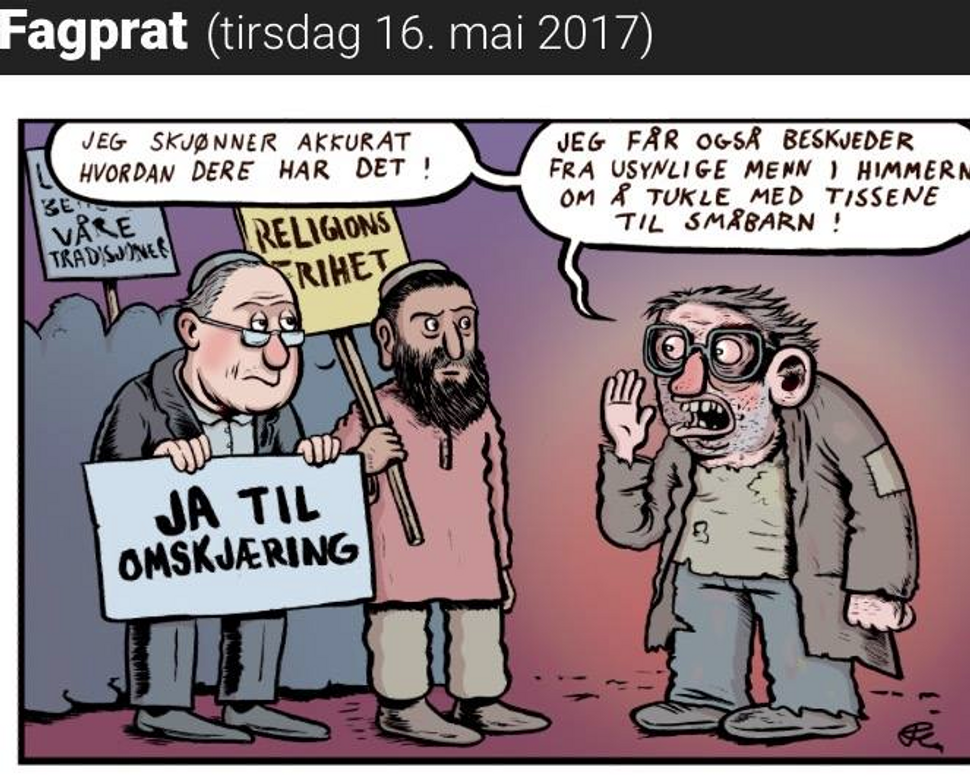 “I understand exactly how it is with you! I also get messages from invisible men in the sky to play around with small kids’ penises.” Image by Dagbladet

A cartoon in one of Norway’s largest newspapers compared circumcision to pedophilia amid a debate in that country over whether to ban the religious practice.

The cartoon, published Tuesday in Dagbladet, depicts a disheveled man talking to Jewish and Muslim protesters holding signs reading “Yes to circumcision” and “Freedom of religion.” The man responds, “I understand exactly how it is with you! I also get messages from invisible men in the sky to play around with small kids’ penises!”

The push to ban circumcision is led by the anti-immigrant Progress Party, a junior member of the governing coalition. The party voted at its annual convention on Saturday to support a law banning the practice, which it claimed was a violation of human rights and caused physical and mental harm to children.

Party leader Siv Jensen claimed that she was against banning circumcision and denied that the move targeted religious minorities, noting that her party supported Israel.

“This is very sad,” Jewish community leader Ervin Kohn told the newspaper Aftenposten. “They must know they won’t get a majority for this in Parliament. It seems like they want to send a signal that we are unwelcome in the country.”