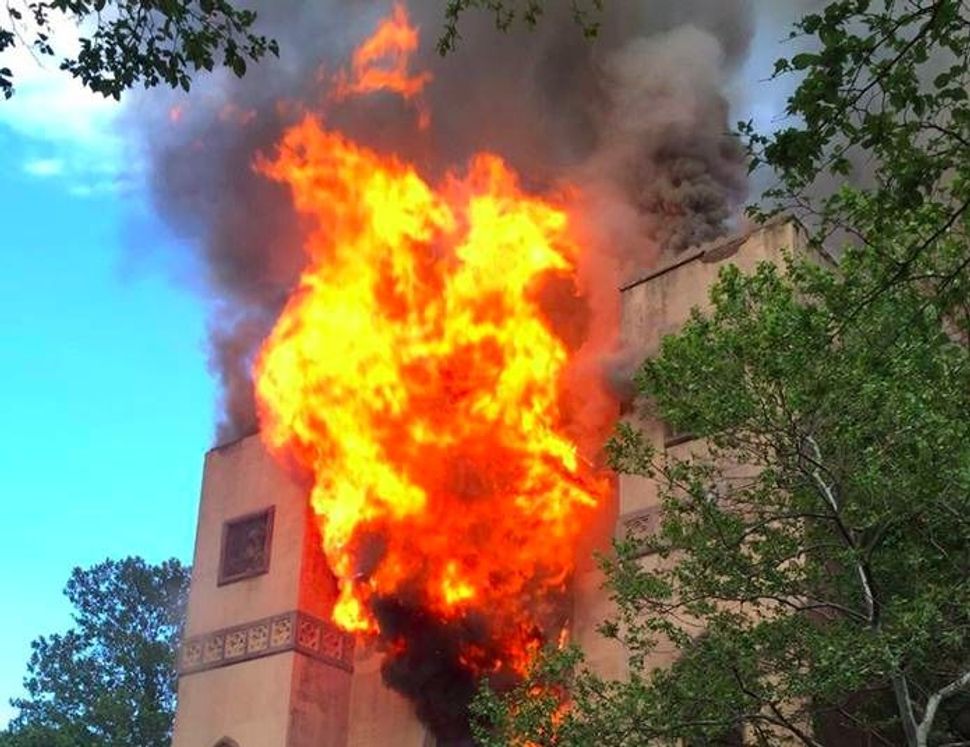 Arson is suspected in the raging blaze that destroyed a historic 150-year-old synagogue on New York’s Lower East Side.

“We do think it was arson,” Boyce told the paper.

The fire broke out just before 7 p.m. inside the synagogue at 64 Norfolk St., which has been empty for a decade.

The synagogue, which was designated a city landmark in 1967, was the oldest Ashkenazi shul in New York.

Its congregation was on the verge of a deal to redevelop the building, which might have led to it reopening when the blaze destroyed those hopes.